The Mask under the Mask

Home The Mask under the Mask 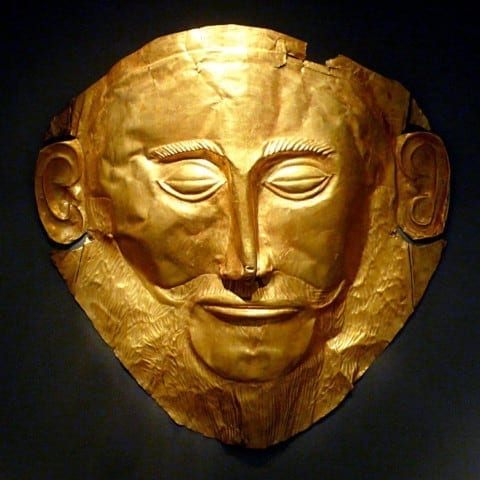 In experiments with children, when an adult removes a mask to reveal her face, this is the source of giggling delight. If the mask is removed to reveal another mask, the response is abject terror, a kind of understanding that the foundations of our shared reality are uncertain, and as a result nothing can be truly known. But how often are we unmasked only to reveal another mask?

Under the mask of alcoholism there were many other masks that my husband wore. I felt that feeling of helplessness that the children in the experiment felt. I would unmask him, but he refused to admit that he had been unmasked, and pointed to the other masks as a way to deny that there was something covering him in the first place. This was the source of much of my psychological distress. Not only did I have to contend with the fact that he was drunk, but that he would not admit to the obvious even when (or perhaps especially if) I pointed it out, and then would fight back, throwing at me all his other disguises (which I knew were disguises, and it incurred his wrath when I pointed out that this was all part of his strategy of obfuscation). When I pulled off the mask (“you’re clearly intoxicated, and I know because you are demonstrating these behaviors, and if you don’t leave my sight this instant I know I’m going to lose control of my anger”), he insisted that there was no mask, and that I’m interrupting him (another mask underneath).

I know when my husband is intoxicated. I’m like a dog: I can smell it. If not literally, then I see it in his movements, in his gait and carriage, how he speaks. He often tried to mask his slurring speech with baby-talk, because it was easier to mask drunkenness when he didn’t speak in his normal adult voice. This made our shared language a poison, a place of duplicitousness, trickery, and shame. I did not want to stop responding to the language of our intimacy, but I had to because it was a ploy he was using to mask the bad behavior. By engaging it, I was enabling it, verifying that the mask was working, and that it was ok for him to continue to coopt what we shared in our intimacy, in our soft places, so that he could get away with his anti-social behavior. And when I called him out on this, he found a way of making it my fault. I interrupt him when he speaks, I’m not praising him enough when he empties the dishwasher, I don’t call him back fast enough, I don’t care about how he feels.

Yesterday I understood the meaning of co-dependent. My husband was manipulating me to be an accessory to his own self-destruction. Because he knows exactly what buttons to push (wearing a mask under the mask), he can manipulate me into a state of rage, that then I take out on him. As a person who believes he should be punished for every misstep he has ever taken in his life, I become a very useful tool in that dynamic. But of course, I was also smart enough to figure out what was going on, even if it took me 10 years.

Last night I told him that he was using me as an accessory to his self-destruction, and I think he heard me. I may have finally unmasked him. I told him about the other masks that are under this mask. He knew them all, and told me that of course he did all those things because he was trying to avoid responsibility, to avoid looking in the mirror. If it was my fault, then it didn’t have to be his fault. But of course, all of this means that the problem gets subsumed by an ocean of emotional distress and doesn’t get resolved. Now that he finally took off the mask under the mask, we can depart together from our sense of shared reality.

The process of recovery is like a spiral stair. The re-emergence of the masks is part of the cyclical vector of movement that is time cutting across space. A winding up and a winding down, a screw driving. But whenever we re-visit the same place, there is always something new. We are new in each moment. To scale a spiral stair requires a persistent turning, and in turning a new kind of looking, a kind of periscope that becomes part of our movement in the world. Time is a spiral and a vector. It moves forward but doubles back on itself, connecting points across space and time. It reminds me of something my choir director used to say to us in college: don’t hold the note, spin the note. There is something dynamic in this spinning, this circular motion. The spiral stair is the grand pirouette of our lives. But how well do we hold our balance as we turn, turn, turn?

A spiral is a line that exploded into another dimension. Although our lives may seem linear, I prefer to think of them as seasonal, and the seasons will always cycle back, eventually, to something we once knew. Whether through sorrow or joy, when we cycle back we are different, and we are the same. A human life is a story that exploded into experience. Recovery can feel like circling the drain, but really it’s a propulsion whose direction we feel and intuit rather than see. The patterns repeat in new iterations, each new iteration a chance to tweak the script, to identify the props and costumes, and realize, in the end, there was never any need to perform.