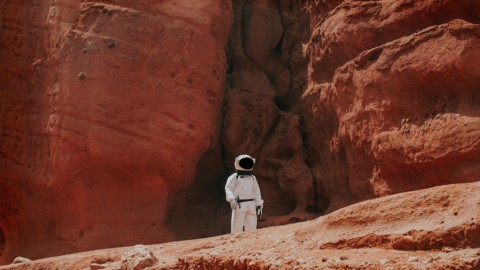 Recently, I read The Marian, by Andy Weir.  I liked this book. I think that the way he was stuck on Mars was interesting. I also think it is cool how they save him at the end.

The protagonist is Mark Watney. His story is set in the future on Mars>, specifically in the Hab unit. The significance of the setting is that he is stuck on Mars with nobody to help him. The significance of the setting shifting from the Hab to the second space station is that he had to travel for months to get to the second space station.

The tension rises when There is a dust storm on his way to the second space station. This might leave a reader feeling nervous. If he doesn’t figure out that he is going deeper and deeper into the storm he will die.

The book climaxes when he is rescued.

The falling action ultimately resolves the conflict. He gets taken off Mars and he survives. It’s a person vs nature  type of conflict that’s driving this story. He has to survive the horrible conditions on Mars.