“The Mandalorian” Helping the Franchise

Home “The Mandalorian” Helping the Franchise 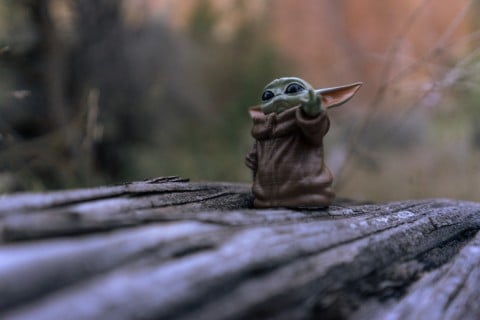 The second season of the Mandalorian has begun to air on Disney Plus and has drawn many links to previous Star Wars movies and TV shows.  This has made many fans become more invested in the show and the Star Wars franchise.  Most of these links have come from the animated shows such as “Clone Wars,” “the new season introduced Katee Sackhoff as Bo-Katan Kryze, reprising a Mandalorian warrior she voiced on those animated programs,”(Lowry).  The next link was Ahsoka Tano who was one of the most popular characters both in “Clone Wars” and in “Star Wars Rebels.”

In the decade between the release of the third and seventh movie the animated shows helped to keep the fan base alive and invested in the franchise.  Now those animated characters who have been converted into live action are helping the franchise the same way they did a decade ago.  “One key ingredient in “The Mandalorian’s” evolution would be Dave Filoni, who executive produced the animated series and has joined Jon Favreau in shepherding along this first live-action TV show,” (Lowry).

Filoni also wrote and directed the fifth episode of season two titled “The Jedi,” in which Ahsoka Tano is introduced into live-action.  However “The Mandalorian,” has also made a connection to the original trilogy and the prequels.  In episode five “Temuera Morrison formalized his role as the bounty hunter Boba Fett — the original wearer of that iconic armor,” (Lowry).

With all these connections to the animated series and the movies “The Mandalorian” is keeping the franchise alive, and helping to get the fans reinvested in the story.

Hi Maria, interesting article! I have been watching this show and really like it. My one complaint would be that the plot lines are not amazing. Mando goes to a planet, does some sort of mission, and then leaves (most of the episodes appear to follow this format). Other than that it’s super entertaining to watch and I love how it connects the original trilogy. My favorite episode was definitely “the Jedi”, which changed the flow of things and incorporated Ahsoka Tona which was epic.