The Main Value of American Creed:Unity 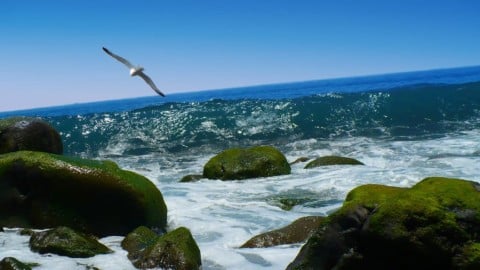 When it comes to explaining what American values are, they can all be summarized and expressed with one word and that is unity. In the article, “The American’s Creed,” the author, William Tyler Page talks about the core idea of what America means and what it’s values are. William says, “established those principles of freedom, equality, justice, and humanity for which American patriots sacrificed their lives and fortunes.” “The American’s Creed.” Ushistory.org, Independence Hall Association, www.ushistory.org/documents/creed.htm.Page is trying to say that all these factors basic rights are for all people in America. The quote from Page’s article does not imply human rights for a specific race,culture, or religion, but for all people which is the fundamental beauty of American liberty. The article by Page really makes me think of the Pledge of Allegiance which says liberty and justice for all. They key word is all because if it wasn’t for the word all, there would be no American unity. The core value and being of what America is can be defined by all. The book, “Reinventing Yourself,” by Steven Chandler focuses strongly on the concept of unity. Chandler , Steven. 1st ed., vol. 2 2, ser. 23, John Kasin, 1973. Not just any unity, but American unity.

Chandler makes us question our actions and how they reflect the American creed(unity). If you want to know the answer of how to be a person unity, and thus a true American, read the book, “Reinventing yourself.” Since I don’t want to give the book away, I want to be general. The book helps answer the essential questions by giving us the core principals of what we need to know so that we may be fully equipped to be an American. Chandler’s book is also a very understanding and enlightening one. It helps you truly understand what American unity is. In the second online article, “The American Creed,” by Forrest Church talks about the constitution in which he states, “all men are created equal.”Church, Forrest. “The American Creed.” The Nation, 29 June 2015, www.thenation.com/article/american-creed/. Church is telling us in simplest terms that if all men are created equal, then all men deserve equal rights, thus equal opportunity. This is a quality of unity. Church’s article centers around this quote that all men are created equal because it disproves anyone who tries to say that someone of a different culture or race isn’t deserving of the same rights and fairness in life than everyone else.