The Lost Boys of the FLDS

Home The Lost Boys of the FLDS 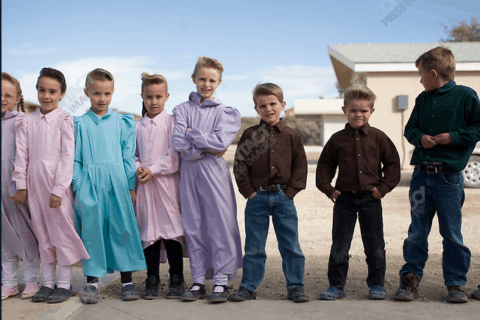 In the FLDS culture, there are many discrepancies on how men and women are treated and what happens to those who are not considered part of the religion anymore. These people are thrown out of the community and it happens to be usually men, they call them lost boys. According to thegaurdian.com “Up to 1,000 teenage boys have been separated from their parents and thrown out of their communities by a polygamous sect to make more young women available for older men” It is obvious that if there are going to be multiple wives to one husband there must be some kind of selection process, but it is detrimental to the young men. The young men have no connection to the outside world and are not properly educated to live on their own. This is where the lost boy’s society comes in. “They live in low rent apartments or on the street, in the backs of cars in St. George, or Salt Lake City, even as far away as Las Vegas and Phoenix. They live rough-and-tumble lives, sometimes getting in minor trouble for drinking and fighting, others falling deep into tragedy and drug addiction, some even work as prostitutes on the Vegas strip.” says Hillary Hylton of Times. This is one of the terrible effects of having the lowest education possible. There are many people that have spoken publicly about their former faith and most of them have not been educated past a middle school level.

I would also like to help–this makes me very sad–the older men are terrible..taking advantage and
brain-washing these young women and men-this is not right–the young women have babies way too young–it is more of a cult I feel

-are there any programs that help these kids called The Lost Boys??

This is so sad. I think it is interesting how this group values the polygamy practice for older men, rather than investing in their future. I had never heard of these boys and I thank you for bringing this issue to light. I hope that raising awareness will help these unfortunate children and young men receive more support and lead to bigger change. I could not find many articles on this subject that I think would help you. However, if you were able to include more testimony from these boys, it would add an entirely new level of depth to this article.