The Life Reality for the Struggling Class

Home The Life Reality for the Struggling Class 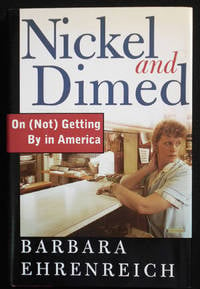 Barbara Enrenreich wrote the nonfiction book Nickel and Dimed: On (Not) Getting By in America in 2001. As a response to the 1996 welfare reform act concerning the working class in the United States society, the book recorded Enrenreich’s field study as an undercover journalist living the lifestyle of a poor working class American. Prior to this book, Enrenreich has been a popular and award-winning columnist, as well as a prominent Democratic socialist and activist. The publishing of Nickel and Dimed has made Enrenreich, who was in her late 50s, the center of the discussion of social equality and class stratification. The book was responded with tremendous applause from the literary enthusiasts, awards and the public, including being ranked 13th on the list of the 100 best books of the 21st century by The Guardian and the reception of the Sidney Hillman Award for journalism (Nickel and Dimed). Adopting a first-person narrative, the book revealed the everyday lives and struggles poor Americans encounter in trying to stand on their feet. In my opinion, the book is especially meaningful both in its endeavor of presenting the reality to the society, and in its profound significance in defending the poor from long standing stereotypes and biases. This book excels in providing not only the subjective experiences and advocates of the author, but also the first-hand details in one’s life, which sets it apart from other academic researches and opinion journalisms.

The idea of the book began with Barbara Enrenreich’s social experiment. After the reform act, she argued that the reform neglected the necessities of the working poor and undermined the life chances for them to land any better. With these thoughts, Enrenreich decided to actually experience the life of a low-income worker for a fixed period of time in Florida. By design, she allowed herself 25 dollars and her truck as the initial assets and nothing else, and she further relinquished her education, social status and any outside assistance. She set up her objectives as to locate a decent and sustainable job by the end of the experiment by leveraging her social skills and intelligence, and eventually to achieve upward mobility. According to her self-evaluation as being a White, healthy, literate and sophisticated worker with no dependence, she presumed the likelihood of achieving the goal is promising. Filled with confidence she started her adventure to the opposite side of the privilege quarter.

The experiment lasted for four months, a much shorter period of time than Enrenreich had expected. In this four-month journey, she rotated among a variety of positions from waitress, house cleaner, to hotel sanitor, “anything available for a disadvantaged class with little education background”. She very quickly discovered that all of the positions required a great amount of skills, which largely contradicted the common expectation that low wage workers tended to be unskilled and untrained. The skills were not limited to job specific knowledge, rather, it included a wide range of survival wits of how to avoid wearing out, how to defend oneself against unfair charges and assaults, how to bargain for better wages and shifts, etc. Another fact she soon realized was that no matter how hard she worked and how cautiously she spent, there was still an unfillable gap between her incomes and modest expenses. Her efforts counted, but at her maximum she still failed to obtain a secure and stable lifestyle of her understanding. “Even if you are willing to sacrifice your health, hold two jobs, and work 7 days a week, pulling yourself up by your bootstraps is an impossible task for most.” ( Book Review: Nickel and Dimed )

Added to the struggling work life was the diminishing hope. Enrenreich articulated the systematic obstacles for low-wage earners to have any opportunity of growth. For instance, she often found herself so exhausted that she wasn’t able to make any meaningful plans or even write down her daily experiences and thoughts. Instead of picturing what she could do better, she was caught in the endless cycle of merely sustaining until the next cycle arrived. What’s more, she pointed out the damage of an unstable living condition which most working poor face, that is, at any moment someone with a low income could find herself unable to pay the next month’s rent. Even when she managed to save sufficient cash, she was stroked by the unexpected cost of living and surprising rent raise. The inconsistent residence then restricted her working options, prohibiting her from working for some employers. In short, low-wage workers were constantly challenged by the instability, and the opportunities of self-education or promotion seemed a luxury. “On (Not) Getting by”, Enrenreich emphasized in the title and the text that the self-reproductive difficulties for the lower class were the most significant and cruel hindrance from a better future.

In my opinion, Nickel and Dimed is an outstanding book. It involved many topics including sexism, racism and class stratification in detailing the realistic portrait of a working woman. What’s more, Enrenreich investigated many stereotypes on low-wage earners’ incapability, laziness, unwillingness to fight for better, and concluded that these stereotypes were the most problematic misbeliefs that prevented the public from understanding the disadvantaged group and misled policy-makers to overlook their struggle. It was easy for the public to speculate and accuse, but hard to make positive changes to equality for all. (Barbara Ehrenreich – Home | Hachette Book Group)