The Legitimacy of Artistic Careers

Home The Legitimacy of Artistic Careers 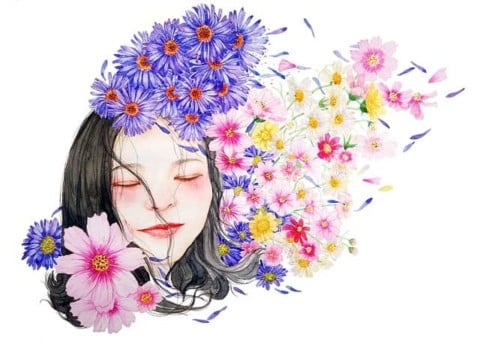 There comes a time in life when one has to figure out what they want to do for the rest of their lives; a time when your childhood dream of becoming a real life mermaid has to change to something a bit more realistic. For me, that time is right now. I am a senior in high school, meaning that “so what school are you gonna go to next year?” becomes a question that every adult asks, followed with, “So what are you gonna major in? What do you want to be when you grow up? Tell me now! You’re seventeen! You should already know what career you want to do until you eventually get so old that arthritis takes control of body and alzheimer’s takes over you mind!!” This may not be the exact wording, but it’s how I feel whenever an adult asks about my future.

I brace myself for the inevitable reaction that I’ll get when I say, “I want to be a Graphic Designer”.  “Oh. That’s cool! So what is that exactly? Won’t you be freelance and not make very much money?” The truth is, I have no idea where this career will take me. For all I know, I might end up being a teacher or a lawyer or maybe even homeless! I have no way of knowing what the future entails, but I do know that having a career that involves art is frowned upon. “Starving Artist” is a common thing to think when I tell people that I want to be a graphic designer. Artistic careers are illegitimate in the eyes of those who hold jobs as doctors, lawyers, teachers, basically anyone who gets a secure yearly salary.

Do what you love. Be excited to go to work everyday. That is what I often hear, and I want to do something that is exciting to me. I probably won’t make very much money, but i’d much rather be enthusiastic about a project that i’m working on rather than having to work a nine to five job at a tasteless office with boring people and a boring routine.

America is a capitalist society. Americans are obsessed with working and making their way up the ladder of economic success, but, as cliche as it is, money can’t buy happiness. Artistic careers are perfectly legitimate. I will gladly be a “starving artist” if that means that i’m doing what I love.

Dear Zoe:
I love everything what you post about. It was interesting to me read about that what you write. I’m want to be artist so I heart about that the art is frowned upon. I’m totally agree with you.

Zoe,
I find this post really interesting as my older brother just gave up on his dream to be a professional artist. Too many people put the image of a starving artist in his head, and he couldn’t handle it. Financial security was too important to him. From the looks of it, you have a stronger resolve. There are definitely ways to make money in graphic design and art, and it seems like you are ready for any hardships that may ensue. Don’t give up on your art, there are more thriving artists than people like to let on.

Zoe,
I love this post so much because I can relate to it a lot. I want to be a jazz singer and maybe gig and tour for a career when I am older, but all anyone seems to care about when I tell them what I wanna do is how much money I will make. Sure, having money can take away the stress of financial instability, but having a passion and pursuing it is true happiness. I know it sounds cheesy, but that is why I loved the movie La La Land so much, because it showed the struggle of working hard at your passions in order to obtain that happiness. Overall, great post, I loved its relatability and your take on the subject.