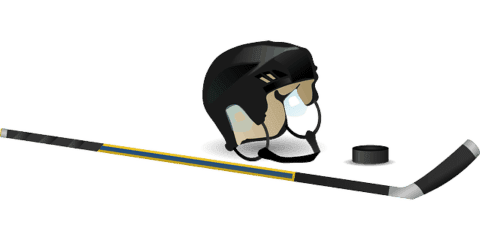 Like other sports in the same situation, ownership in hockey has downplayed, if not completely rejected, many of the results from studies linking these conditions, such as CTE, to their sport. Gary Bettman, the commissioner of the NHL since 1993, has gone on record denying that there is a link between hockey and CTE, although many of the studies he cites have publically reported the exact opposite of what he says. It has gotten to the point where US Senator Richard Blumenthal demanded in a public letter to the League, that Bettman and his associates clarify his previous comments, and acknowledge recent scientific discoveries. Although the NFL only recently acknowledged this link, this situation signifies the problem of greed in many of these professional sports leagues, and the lack of concern for the safety of their players. Roger Goodell, the commissioner of the NFL, has a history of this type of behavior, as do most owners. It is not financially viable for these people in power to acknowledge that their sport is having extremely negative, lasting effects on its players. The players, on the other hand, very much support these studies, and although many accept the repercussions of their playing time, they welcome increased knowledge of these effects. The same goes for the families of the victims of CTE, who obviously are interested in finding justice for their family members, as well as future victims to the sport. This includes Len Boogaard, father of Derek Boogaard, a hockey player who fatally fell victim to CTE. Boogaard publicly voiced his support for Senator Blumenthal, stating that this “helps raise public awareness of this issue”.

Another important distinction that is outlined in the article, are the types of players that are more susceptible to this disease. Three of the four reported deaths resulting from CTE in hockey, have occured in the “enforcer” type player. An “enforcer” in hockey, can be defined as a player whose specific job is to be a very physical presence on the ice, and is supposed to protect the other players, usually by means of a fight or a big hit. It is easy is to see this how this link between the heavy fighters and possible brain trauma. These types of players go through much more physical contact than the average player, which would increase the likelihood of this disease. This is something that the NHL and other hockey leagues need to be aware of, and players have to understand the consequences of this types of play.

This is a very interesting post. CTE is a pretty scary possibility and many sports are responsible for it. The fact that owners and commissioners don’t take responsibility for it is kind of concerning.
Here is a link that goes further in depth on the topic of CTE:
https://www.alz.org/alzheimers-dementia/what-is-dementia/related_conditions/chronic-traumatic-encephalopathy-(cte)