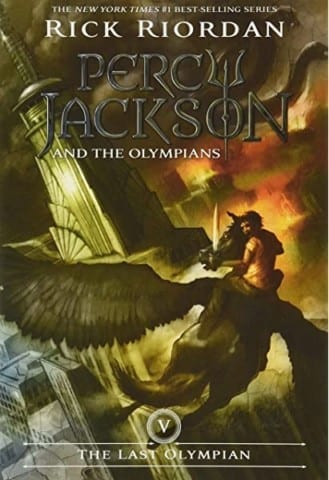 Recently, I read The Last Olympian by Rick Riordan. I really enjoyed reading this book. This is because there was a lot of action and we finally get to see the power of the antagonist of the story. We see how our characters have grown throughout the story to make it to this final battle and we see their resolve.

Percy faces certain forces and pressures. Percy has to fight the titan Kronos and stop him from destroying Mt. Olympus. He meets these forces and pressures by deciding to bathe in the River Styx to have an indestructible body so he would be able to fight Kronos. You can see this early in the book.

The tension rises when Kronos actually makes it to Mt.Olympus and starts to destroy it. This might leave a reader feeling nervous. This is because Kronos is so strong and now it looks like he is about to complete his goal.

The book climaxes when Percy starts to fight with Kronos.

The falling action ultimately resolves the conflict. Luke takes the dagger he gave Annabeth and he stabs his weak point with it. It’s a person v. person? This is because the had to fight an enemy to resolve the conflict.