The Jay and The Peacock — Remixed

Home The Jay and The Peacock — Remixed 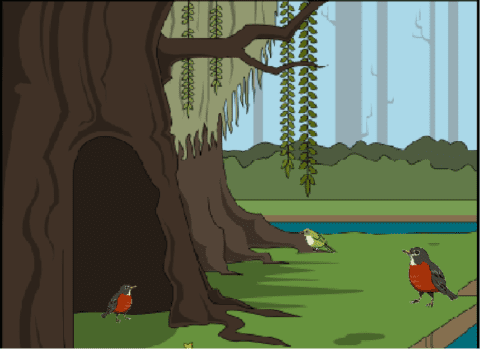 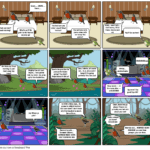 The Jay and the Peacock was a story I chose to create an alternate ending for. I created an animation that I had this alternate ending for, in which was supposed to be a completely different decision from the regular story (and it is). The Jay is a character that was bored and lonely in the original story and went to a peacock. Once Jay saw the Peacock’s magnificent feathers, he went to get his own. Soon after, Jay is rejected by the Peacocks because they discovered his cheat and sent him out of their community. Jay, dejected, went back to his own Jay community and was rejected because the Jays saw everything from afar and didn’t like his actions of betrayal, maybe it was even thought of as treason. As I was making this animation, I had many things to plan while making this. First, I had to make two different endings (that had different ideas and plots) to make it an alternate ending story. This had to be organized perfectly so there is no collision between dialogues, characters, and backdrops. I had to add so many animation blocks that I had to constantly scroll up and down the pages and zoom in and out. Because the original story was so short, I had to lengthen it quite a lot so that it would fit the requirements of having all three acts (act 1, and act 2 A and B) have a length of one minute. I had to add new plots, like make up a problem, and develop that problem into two different ways that have a different outcome but the same lesson learned by the protagonist. Jay is the protagonist and wakes up one morning and gets prepped up for a festival that he had forgotten to prep for. So he walks up onto the stage after several hours (went from day to afternoon) and sung a song. From the first verse, he forgot and tripped. So he fell, all went quiet and then a roar of laughter. Jay was humiliated and ran off into the forest and there the decision was supposed to be if he left the community or if he went back. I had to organize these events and it was a hard process because I was constantly adding so many new things that developed the plot (complicated!) a whole lot better than before.