Home The Issue Of Global Warming 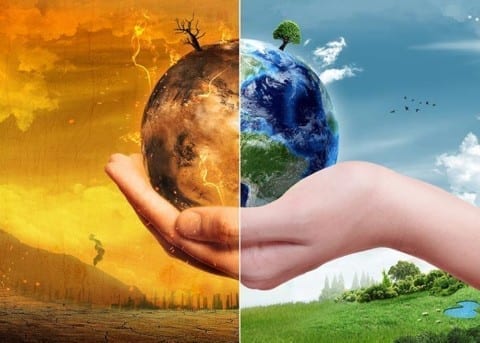 While researching about global warming the past week, we have uncovered some startling facts that prove that the increase in the overall temperature of the earth’s atmosphere is a major current environmental issue. The most startling fact that we have discovered is our annual global temperature has been slowly trending up since the 1950’s, and it is caused by a buildup of greenhouse gases in our atmosphere that makes it harder for heat to escape and subsequently causes a rise in temperature. Greenhouse gases are composed of carbon monoxide and sulphur dioxide that trap the heat from the sun and prevent it from escaping from the surface of the earth. This as a result causes the temperature of the earth to gradually increase. CO2 is one of the main greenhouse gases that is being emitted and mainly caused by the deforestation of our planet. When forests are cleared or burnt, stored carbon is released as carbon dioxide, which increases the speed and severity of global warming. Methane, also a greenhouse gas, is another issue that causes global warming, since it is “more effective in trapping heat in the atmosphere than carbon dioxide by 20 times”.

At the current pace we are going, continued rising temperatures will cause polar ice caps to melt, species habitats to be disrupted, sea levels to rise, which can cause devastating floods in major cities, and many other harmful effects. Although there are several natural causes to global warming, such as the greenhouse effect, there are also human influences on the issue that should be brought up and changed. Some examples of human activities include industrial production, burning fossil fuel, mining, and deforestation. Deforestation is a human influence because humans have been “cutting down trees to produce papers, wood, build houses or more”. We strongly believe this is a serious issue because many people don’t think or even care about the damage we, human beings, have done to the earth. We have explored possible solutions to the crisis and found that the crisis can be resolved if everyone worked together, such as recycling and using less gasoline and electricity. A focus on reducing carbon emissions and slowing down deforestation and other harmful environmental practices could possibly avert the upcoming crisis. Through this research, we learned that global warming not only affects the Earth but also everyone on the planet.