The Issue in Afghanistan

Home The Issue in Afghanistan 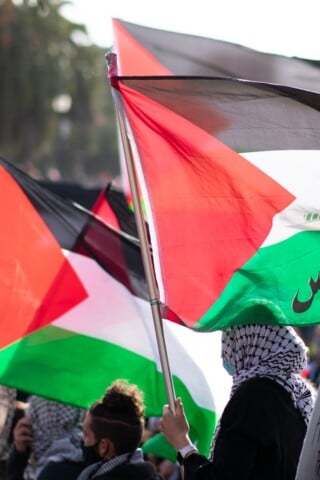 In the article, “Afghanistan Falls To The Taliban” (McGraw Hill) I learned about the current issue that the Afghani people are facing as US troops are beginning to depart and their democratic government collapses. During the Trump administration an agreement was made between the US and the Taliban to begin the depart of US troops in Afghanistan. The evacuation process is ongoing, and at the same time the Taliban has completely taken over Afghanistan and many Afghani people are desperately trying to flee the country. The Taliban are described as a terrorist organization that also threaten women’s rights. The Biden administration is facing criticism for this from many humanitarian groups who believe it is wrong to leave the Afghani people when their government has collapsed.

0
Should the US remain involved in the issue with Afghanistan?x

I think that what is occurring in Afghanistan is an issue that should be concerned of on an international scale. Biden defends the agreement saying that it is fair for our troops to come back after 20 years of effort trying to reinforce the Afghanistan government, but is it the right decision to leave a group described as a terrorist organization to take power? And what’s more, leave a defenseless people at their mercy? I think its rather concerning about the possible repercussions that can happen involving terrorist organizations in power.

Dear Jade:
I agree with your post, “The Issue in Afghanistan”, because I too am quite concerned about the whole situation. As you said, it does not feel right to just ignore and not aid a country that is currently being run by a terrorist organization. I understand that US leaders were maybe hoping to move on from the war in Afghanistan and keep their people safe, and although the US was doing (from my knowledge) a lot of damage in its stay there I think the government should still try and help, even if just a little. One sentence you wrote that stands out for me is: “I think that what is occurring in Afghanistan is an issue that should be concerned of on an international scale.” I think this is a very good point because although I’ve been mentioning the US a lot, seeing as they were very involved in this, other countries should be concerned as well. I think it’s important that we all help each other when needed. Thank you for your post. I look forward to seeing what you write next because I really like how you summarized your information in a brief yet understandable way. As well as how you included the president’s thoughts at the end and what you personally thought about what he had to say. – Maritza ^^*