The Invalidation of Teen Girls’ Interests 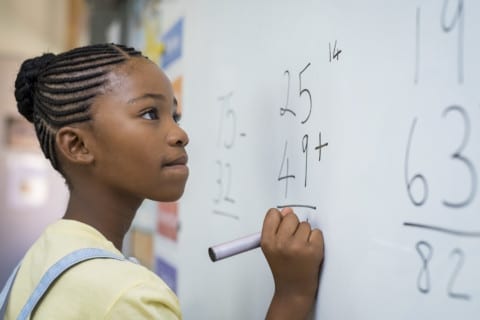 Try to name one thing that girls can like and won’t get made fun of for it. Harder than you think right? Teenage girls aren’t allowed to have any sort of interest in anything without being ridiculed for it or turned into a stereotype for the world to make fun of (lianx037). If a girl uses hydro flasks and scrunchies, she’s a “VSCO girl,” but if she likes oversized hoodies and beanies she’s a “bruh girl.” If she wears makeup and dresses up she’s trying too hard, but if she doesn’t she’s lazy and ugly. It seems as if no matter what girls do, their interests will be considered ridiculous.

This is not unique to just teenage girls either. Women aren’t taken seriously, no matter their age. They are overlooked and undermined in work, the media, their personal interests, etc (Grindell). There has been research done that shows that women work harder than men at their jobs, but are not noticed for their efforts (Muller-Heyndyk). Women are also paid significantly less than men. This just shows that the ridicule that teenage girls receive is also received by adult women. Women are very rarely recognized for their hard work and are viewed as objects who can be easily taken advantage of.

I think that this stems from the ever present idea that women exist for men – that everything they do is for men or to get a man’s attention. This leads to people believing that women aren’t genuine in their interests. The world believes and has believed for many years that women pretend to like things to get a man to like them, which makes it easy to make fun of a girl’s interests even if this is not necessarily the case. The world does not realize that this can negatively affect teen girls, especially because they are still developing. Instead of bashing a girl for her interests, we should be encouraging her to express herself in whatever way she wants.

lianx037. “Why Are We Making Fun of Girls for Everything?” University of Minnesota Women’s Center Blog, 15 Apr. 2016, mnwomenscenter.wordpress.com/2016/04/15/why-are-we-making-fun-of-girls-for-everything/.

Dear Megan,
I am intrigued by your post, “The Invalidation of Teen Girls’ Interests” because it’s something that I’ve also taken a notice of myself. I agree with your point that a big issue I that men think we exist for them as if the world and every female revolves around them and their needs.
One sentence that stood out to me was, “This just shows that the ridicule that teenage girls receive is also received by adult women.”. I think this is important because often we as women are told we make things too big a deal and I feel it’s important to recognize that we don’t only receive this treatment as teenage girls but also as adult women. This shows we aren’t simply “too sensitive”.
Thanks for your writing. I look forward to seeing what you write next.
Yadira

Hi Megan,
I completely agree with you. As a woman myself, I can understand your frustration. No matter what women will always be ridiculed. And you made that very clear in your post. As you said, this all stems from the hypersexualization of women in our society.

Dear Megan, I am very glad to have came across your writing. I absolutely agree with what you said in your post. One sentence you wrote that stands out to me is, “It seems as if no matter what girls do, their interests will be considered ridiculous” because I agree with you but as a female all we can do is be happy with what we do and live life for ourselves. Thanks for your writing I look forward to reading what you write next.

Hi Megan,
I like how you addressed the issue of girls being ridiculed for their interests no matter what it is. I think you are right in focusing on how it affects mainly teenage girls. However I think you could even farther to say that it begins at a much earlier age. Maybe you could explore the impact that activities or sports that girls are involved in during elementary school has on their interests in their teenage years.

This is a really great article! It’s super intriguing and challenges a new way too look at young girls and the challenges they face with finding interests. I agree with what you said about how girls often find themselves getting ridiculed or made fun of for their intrests. Having brothers I definitely notice that my parents and other family take more of an interest in what they’re doing, and are willing to invest more time and money into their activities. Your post clearly describes this situation and makes it interesting.

Hi, I agree with what you said in your post. I also agree that women are constantly criticized and attacked for what they wear and what we do. Women have always ridiculed by others about what they are supposed to be doing. Your blog post describes the situation and problem very clearly and well.