The Intersection of Culture and Cuisine

Home The Intersection of Culture and Cuisine 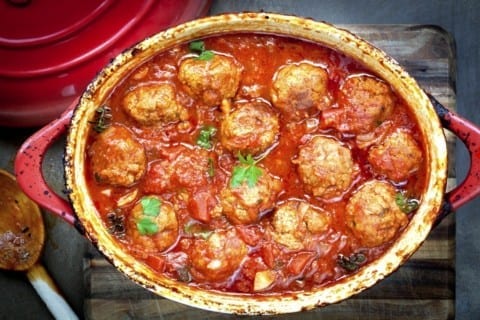 When asked what the American cuisine is, many will respond by saying “french fries,” “hamburgers,” or “high cholesterol.” Others might insist that the American cuisine does not even exist. While the United States may be known for its greasy foods, it certainly does have a rich and diverse cuisine founded on the culinary traditions of peoples from all around the world.

As an immigrant-based country, the United States and its cuisine has undergone significant changes due to the rise and influence of different immigrant groups. Popular foods such as the “Chinese” fortune cookie and the English muffin were actually invented in America by immigrants. These food creations demonstrate how immigrants often blend their native cuisine with existing American ingredients in order to not only survive but also to integrate themselves within society.

Although often altered to match the new geographical and economic landscape, immigrant food holds a sense of familiarity and connects immigrants to their native land. Thus, food is essential to assimilation and acceptance for immigrants within American society because it allows them to retain their own cultural traditions while still providing a way to form a new identity that corresponds with American values and traditions.

The Italian immigrants of the twentieth century serve as a prime example of this phenomenon; many Italians emigrated due to national strife and came to the US, eventually responding to the American way of life by making changes to their cuisine in order to assimilate. A popular dish, spaghetti and meatballs, actually hails from the United States as “spaghetti, one of the only Italian ingredients available in the U.S., became more popular in the home to new immigrants who were adjusting to their new wealth of food and access to cheap meat” (Esposito).

As immigrants attempted to make money to support their families through restaurants, they were faced with a dilemma. The choice was to either change the cuisine that is central to Italian culture and become Americanized or refuse assimilation and thus fear rejection from the American people. Wisely, the immigrants chose to adjust their cuisine according to their circumstances, prompting their assimilation into society and subsequent rise on the socioeconomic ladder.

These changes laid the groundwork for uniquely Italian-American traditions that are currently a dominating force within the U.S. food industry. The development of Italian immigrants from outcasts to assimilated can be attributed to their willingness to modify their cuisine and culture to form a unique identity that balances both their native country and their new community.

As Italian immigrants moved up the socioeconomic ladder, their cuisine was met with more acceptance which resulted in an Americanized version of their culture becoming profitable within the United States. As their upward mobility expanded, so did their social networks. “An Italian who became a lawyer in the 1950s may have begun to have colleagues and friends from mainstream America—and who may be more open to a new food when introduced by someone they know” (McMillan).

The well known “Italian” company Prego was started by Bill Hildebolt and Campbell’s, an American firm. The brand was given an Italian name in order to further the illusion that the consumer is purchasing authentic Italian food when in reality, most of its products arose from Italian immigrant cooking rather than traditional Italian cuisine. This is an example of how immigrants allow the “Americanization of their cuisine in exchange for acceptance” (Cannato) and a unique Italian-American identity. As Italians continued to experiment with American food and their new identity, the social acceptance of Italian-American cuisine allowed Italian immigrants to achieve successful lives for themselves in the United States.

The Americanization of cultures is not a new concept to citizens of the US. Chinese-American cuisine has removed some of the stronger flavors of traditional Chinese food in favor of a sweeter taste and American-Indian cuisine has introduced massive amounts of meat to a traditionally plant-based culture. These are just a few examples of the American habit of changing foreign cuisines in order to force immigrants to adhere to American culture.

The real question remains: Is this change doing more harm than good? On one hand, the modified cuisines give immigrants a clear path to assimilation and a more stable future in America. But on the other hand, there is a tendency of Americans to accept (and oftentimes claim) foreign cuisine, and then capitalize on the identity that immigrants have worked so hard to create. This includes American companies using Italian names for their brands and selling non-Italian food.

Although this capitalization by large corporations is dishonorable, it does promote culture and spread awareness for immigrants in America. The fact is that these unique cuisines formed by immigrants are essential to their assimilation. Foreign people are able to hold on to crucial aspects of their culture and cuisine while allowing them to adjust to American values and norms.

Cannato, Vincent. “What Sets Italian Americans Off From Other Immigrants?” National Endowment for the Humanities (NEH), www.neh.gov/humanities/2015/januaryfebruary/feature/what-sets-italian-americans-other-immigrants.

Liann, this post is so fun! I didn’t know about the American origins of spaghetti and meatballs, and it’s cool how food is a signifier of the new Old world-American cultures which emerge from emigration to the United States. It wasn’t until I got a chance to travel that I leaned those hyphenated cultures, Greek-American, Italian-American, Japanese-American, etc. really are their own things separate and distinct from Greek, Italian, and Japanese, and separate and they certainly feel separate distinct from American. Delving into what it means to be part of a hyphenated culture could be a really cool follow-up piece to this one.

Like spaghetti and meatballs, foods like saganaki and fortune cookies are other examples of food with American origins and ethnic flair. Other follow-up pieces could also profile some of these hyphen culture foods.

Great post Liann! I believe the generally accepted American cuisine would probably be burgers or hotdogs, and I think it’s really cool that the imitation of cultural cuisine from different parts of the world can also be considered as “American cuisine”. I am grateful to the immigrants that brought their cultural food with them to America. Although some people see it as dishonorable, there are people who make and sell true cultural food. The fact that I’m able to eat authentic Chinese food or Indian food without having to travel to those places is a huge part of why America is so great.