The Internet and Our World

Home The Internet and Our World 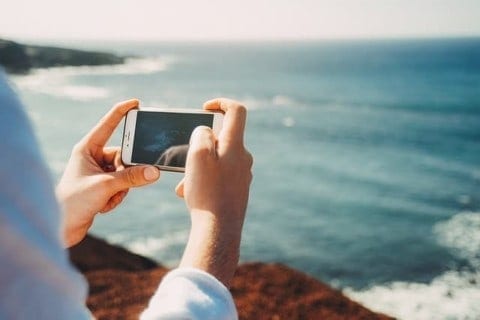 The Internet is a very powerful tool in the technological culture we are living in today. We use it to shop, date, interact, and entertain ourselves. In many ways the Internet inhibits growth of social skills, however in the case of many young people on social media and other sights, the Internet is a way to gain what they believe is the ultimate goal: fame.

The growth of social media among young people has been documented very well in recent history. Facebook, Twitter, Instagram, and so many others have become the focal point of teenage social interactions, and most have fallen under scrutiny due to this. However besides the normal high school drama associated with social media, there are other rising phenomenon arriving with social media. In an article from the Huffington Post called “The Power Social Media Has Over Teen Lives,” there is a definite increase in the number of teenagers who are earning money from their social media accounts.

For many people this idea is very strange, but it is very common today that teenagers are making money from their social media accounts, either by featuring products in their posts, or having a brand deal with a company, “ . . . social media is becoming a way for teens to earn money and fame. It’s a lottery that seems possible to win with some moderate effort and wide net of friends to share the posts with their friends.” (Power Social Media, Huffington). While this may not seem to be a reliable source of income, it was documented on Forbes that “The face of fame is changing. The ranks of the world’s celebrities used to be dominated by millionaire actors, athletes and musicians, but the Internet has leveled the playing field.” (Web Celeb 25, Forbes).

This overnight fame can even be accidental, which is true in the case of a boy commonly known as “Alex from Target,” who became famous overnight on the Internet after a girl posted a photo of him working as a cashier at Target and commented on how she thought he was attractive. (Alex From Target, Washington Post) However, this “Internet Fame” is not always welcome. In a survey done of students ages 14-18, about 37% said they would not want to be Internet Famous if given the chance, 26% said they might be interested, and 37% said they would want to be Internet Famous. (Internet Effect on Youth Culture).

I believe that the Internet is changing our society, it is affecting the values imparted to our youth and greatly changing the way we interact with people, and the idea of Internet fame is detrimental to the productivity of our society as it is today. In order to change the direction we are going in, we must understand the extent of the damage being done, and decide the best action to take.