The Influence Behind the Invisible Man

Home The Influence Behind the Invisible Man 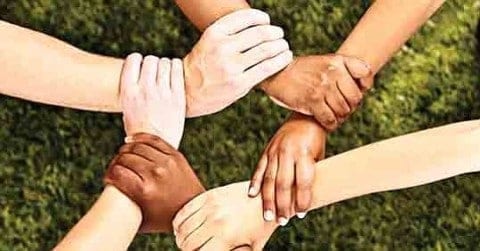 American literature often reflects issues that were present during the time of writing.  While Ralph Ellison was writing The Invisible Man in 1952, civil rights movements were gaining momentum and support. The issue of equality is one that has existed in the United States since its beginnings. Although much the oppression students learn about is the problem of slavery in the 1800s, other groups had been discriminated against as well. Such an example would be the Trail of Tears, an event where thousands of Native Americans were displaced from their homes to lands in Oklahoma. Many would die as a result. Since the 1700s, America’s definition of equality has been continually changing throughout the course of its history through its reforms in civil rights, such as the Thirteenth Amendment. Although it has improved significantly since then, the United States still faces social inequality today, which is evidenced by the treatment of minority groups.

The Invisible Man demonstrates many ideas that were considered normal for its time, such as the mistreatment of African Americans and the belief that one race is superior to all others. An example of this can be seen when the narrator is being used for entertainment. He is told to get around a rug with money on it. As he passes by he hears someone say, “This ought to be good.” A few moments later when he was on the rug, the narrator finds out it was electrified (27 Ellison). Such dehumanization of a person would not be acceptable today, regardless of the victim. Since then, the United States has made changes and additions to its civil policy that prevents such actions. An example would be the Civil Rights Act of 1964. This document outlawed discrimination based on race, sex, color, or national origin. When we compare the state of the country from back then to today, we can see how much the country has changed throughout the course of its history.

Other groups of people have been the victim of racial oppression as well. One example, as previously stated, are the Native Americans. During Andrew Jackson’s presidency, many Native Americans were forcefully displaced from their original homes in order to fulfill Manifest Destiny, the belief that America has the god-given right to have ownership of all the land between the two oceans. Thousands were forced to walk hundreds of miles to Oklahoma. Along the way, many died of illnesses such as dysentery and whooping cough (Pauls). Even though this was not a direct massacre or mass genocide, it still decreased the Native American population. An article by the New York Times talks about the “Indian invisibility in the media”(Millet). This illustrates how certain races may be excluded from proper coverage. The author of the article then goes on to describe specific stories where injustice occurred against Native Americans. Despite there being a significant amount of injustice being done to them, their struggles are seldom brought to light. Although other movements like the Black Lives Matter movement are more popular than the Native Lives Matter campaign, all of these issues show the same problem of racial bias in American society. The Invisible Man perfectly illustrates many of the racial prejudices of its time. When compared to today, the United States has shown growth in the social aspect of society, especially in terms of equality. Although certain issues still persist today, there is still time for change to occur.

Eric,
I’ve always been wanting to read this book. You made me want to pick it up and finally read it! I like how you tied history into your conversation. That’s an important aspect of talking about racism and movements like the Civil Rights movements. I like that you decided to bring in the news and the oppression other groups face. Are there any other books you can think of that are also tied to these issues?

Eric,
Your writing does an excellent job of connecting the ills of society in the book and in life and history. Equality has changed so much over time, what people think deserves equality and what qualifies as equal has changed. It makes me wonder how our children will look back on the time we’re in right now and how we’ll adapt to those changes. You make some great points, especially with connecting the Civil Rights Act and Native American prejudice. Your writing definitely pushes me to want to read The Invisible Man.