Home The Importance of Freedom to the American Creed 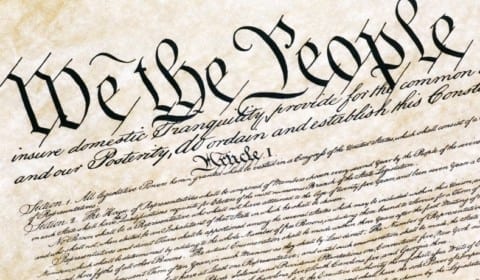 Everyone values freedom. Nobody wants to live in an oppressed country. Specifically, people of minority races have been fighting for equal freedom in America. They earned the right to vote and slowly earned equality. Today, America is a melting pot of different cultures. We have come a long way in terms of equality and freedom. If we fail on these promises of freedom and equality, then we would not be following the American creed. To follow the American creed, everyone must have individual freedoms to stay true to the founding documents and the original purpose of America.

American was built because Europeans, who were living in America, did not want to be a part of the European government anymore. They were tired of paying taxes without having any representation in the government. The people living in America decided they wanted everyone to have the freedom to vote. In the beginning, this right only applied to white men who owned property, but as time went on, it developed into everyone being able to vote. In America, our freedoms are protected from the government; they are not allowed to take away these rights. The purpose of America is to create a country that immigrants could come to and get a better life by escaping their governments and old lives.

The founding documents expressed the idea of freedom. The Declaration of Independence states that “all men are created equal” (US 1776). This meant that everyone was supposed to be equal. At first, this was not true, because it only applied to white men with land, but now this right applies to everyone. The Bill of Rights was created to give Americans freedoms such as the right to assembly, freedom of speech, religion, and press (US. Const., amend Ⅰ-Ⅹ). This protected our freedoms from the government. The government is not allowed to take away these freedoms. In “Creed & Culture in the American Founding”, they stated that the founders relied most notably on ideas by John Locke and David Hume to create the documents (1). It goes on to say that the American creed is expressed through the statement, “All men are created equal” (2).  America was founded with the idea that everyone should have rights and freedoms. John Locke and David Hume believed in enlightenment ideas and natural rights. John Locke helped create the Liberal government. So our government was built on new ideals of freedom and less government involvement.

Some issues we are having that bring us further away from the American creed are the deportation of illegal immigrants, racism, and discrimination. America is supposed to be a place for immigrants to come and get a better life. Recently, we have been limiting immigration and deporting people. Another student, Briana H. said, “The Statue of Liberty is no longer a beacon of hope for many” (1). This means that people do not see America as a place of hope anymore. People are being turned away from our borders. America has changed from having open borders to having closed borders. America still has racism and discrimination. Although a lot of people in America have changed their minds about race, there are still white Americans who view other races as inferior to them.

If we take away this freedom, then we are taking away what it means to be an American. America was one of the first countries to promise freedom through founding documents. America was created so people could have freedom. We need to protect our American creed by staying true to these freedoms and values. America would be a very different place if we did not have individual freedoms.

The Declaration of Independence. Sec. 1

This is a very well written post. I was drawn into your essay because you did a great job showing how the American creed and the freedoms of America impact our everyday lives. I also really like the way you incorporated sources to support your argument. For example, I liked the way you used the Declaration of Independence to support your fact that all men were created equal, a very important value in our American creed.

One part of your post that stood out to me was, “Some issues we are having that bring us further away from the American creed are the deportation of illegal immigrants, racism, and discrimination. America is supposed to be a place for immigrants to come and get a better life. Recently, we have been limiting immigration and deporting people.” As you mentioned, illegal immigration has become a big issue in recent years and the government is making it increasingly hard for immigrants who are seeking a new life to come to America and achieve their dreams. But now, all immigrants, not only illegal, are facing deportation.

I found another source to support that argument. Alan Gomez from USA Today wrote, “For the past 15 years, the fast-track deportation process, known as expedited removal, has been used mostly by Border Patrol agents near the border. But now, for the first time, Immigration and Customs Enforcement (ICE) agents can unilaterally question, arrest, detain and deport undocumented immigrants who have been here for less than two years that they encounter anywhere in the country.” (Gomez) This article states that any immigrant who is undocumented by ICE, legal or illegal, who has been in the country for less than two years can be arrested, detained, and deported.

Our American creed values immigrants who add to our melting pot. Taking away this freedom and is chipping away at our American creed that we have stood for ever since the founding of our country.

What do you think about all immigrants facing deportation and how it affects our American creed?