The Importance of Being Bilingual

Home The Importance of Being Bilingual 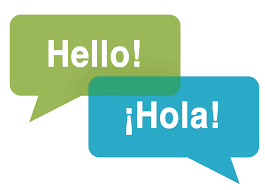 Previously, I wrote a post about language development. I wanted to expand on this topic, specifically the concept of speaking multiple languages. Overtime, languages have multiplied and have spread all around the world. However, most of our population speaks one of only a few languages that even exist today: “There are approximately 7,000 languages believed to be spoken around the world. Despite this diversity, the majority of the world’s population speaks only a fraction of these languages. The three largest language groups (Mandarin, Spanish, and English) are spoken by more than 1.5 billion people. Other estimates state that 2/3 of the world’s population share only 12 languages” (Hennig). The most likely reason for this is that once a child learns the language of their parents, they grow up with it and use it until they pass it on to their children, never taking the time to learn a new language.

Many people have to learn a new language when they move to another place and are forced to learn the culture and traditions of their new land. For example, when immigrants move to the United States, there is a great chance that these individuals can not speak English, or that English is not their first language. Immigrants moving to America sacrificed their time and their old lives to start over in a land of opportunity. When these immigrants are able to speak English, they are able to get the jobs they need to support their families. These immigrants learned that becoming bilingual meant that they would have more opportunities offered to them, especially in the workforce: “…being bilingual enriched people’s lives and gave them more social and economic opportunities. Bilingualism allowed the respondents to connect with others, learn other perspectives and cultures, break down barriers, remain connected with family and heritage, and succeed in their professional career” (Packzia). Now you might be thinking, “how does this pertain to me, I am just an American who does not have this issue”. One day, it might become an issue. You may not be able to get a job because the other candidate was bilingual and you are not. You might not be able to speak to the locals of a country that does not speak English. This is why schools make learning a second language a graduation requirement: “Following years of decline in second language instruction in elementary and middle school education, we now see schools adopting a dual-language model to promote bilingualism (rather than just English as a Second Language). Growth in bilingual early education, bilingual private schools and after-school bilingual programs has also been significant” (Packzia). These schools want to give each student the opportunity to continue their education to become bilingual.

Attending Rosary High School and taking my seventh year of Spanish has really opened my eyes to the possibilities I have in the future as I continue my education in Spanish. I plan on majoring in Social Work and Spanish, and every person I tell this information to replies with the same answer: “Well, you will never need to look for a job”. They imply that I will be wanted in various institutions where being bilingual will be a requirement to help as many people as possible, whether I work in a school, jail, hospital, or I open up my own private practice. Spanish specifically is becoming more popular as more immigrants and other spanish speakers are coming to the United States, and it should not be solely their responsibility to speak like us. We have a responsibility to speak like them. At the end of the day, it is our responsibility to be able to connect with others, even when it is out of our comfort zone. It is extremely beneficial to learn more than one language. I highly recommend learning a second language or learning about the cultures and traditions of people who do not speak the same language as you.