Home The Impacts and Repercussions of Divisive Language Used by Politicians 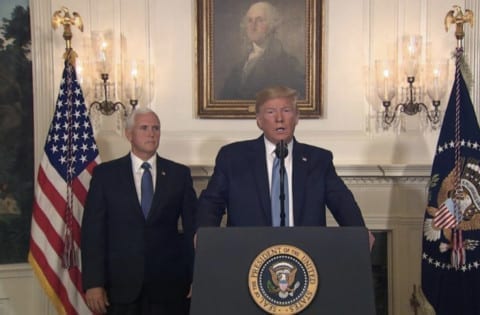 In the age of technology and widespread use of social media, the influence of people in power is greater than ever. With a platform to casually and impactfully address people around the world, a great responsibility is placed in the hands of those with political influence. And, as anyone with any presence on the internet in recent years could tell you, that responsibility has been squandered with unreliable US government officials spreading misinformation and divisive rhetoric.

Political polarization is one specific issue that seems to have arisen from the remarks of politicians on social media, especially in the case of President Trump. On the campaign trail, NPR asserts that Trump was “notorious for saying anything about his opponents, for trying to smear them and paint them as radicals who seek to endanger the country. The way he does it is pretty striking and is certainly exceptional in how far he’ll go” (Bates). The remarks referred to here were used overwhelmingly against the President’s opponents from opposing political parties. When politicians attack the character of their opponents rather than addressing disagreements on policy, they undermine the core values of American Democracy and establish an “us-versus-them” mentality that seeks to divide Americans by party rather than bring them together for the common good.

Also, the language used by a President and other government officials carries a certain weight. In the same piece from NPR, Princeton Professor Julian Zelizer asserts that “What a president says is often one of the things that has the biggest impact on our country […] The kinds of words he legitimated and normalized will be part of the record” (Bates). Zelizer is referring to the fact that the inability of President Trump to condemn white supremacy and his continued inciting of violence is indirectly tied to recent domestic terrorist attacks. When a leader seeks to divide the people they are meant to serve, violent consequences should be expected. In fact, when covering the incident in which Kyle Rittenhouse, 17, showed up at a demonstration in Kenosha and ultimately shot two protestors to death, NY Times stated that “Mr. Trump reposted a tweet in support of Mr. Rittenhouse over the weekend that called him “a good example of why I decided to vote for Trump” (Baker). So, the social media presence and language of America’s Commander-in-Chief has led indirectly to an incredible amount of hate and division because of his inability to control his language and social media presence, giving permission to commit violent acts against others simply because of a difference in beliefs and morality.

After all this, one may be wondering, why is this still happening after so much backlash and so may consequences? In his book entitled Divisive Discourse, ISU professor Joe Zomppetti explains that negative political ads and rhetoric are still used so often because they are working. He states that “Although most Americans claim to dislike negative campaigns, many studies suggest that they are effective, […] people either mimic these behaviors or are completely shut off” (Lynch). Therefore, negative rhetoric draws attention to the candidate while simultaneously degrading their opponent using “buzzwords” to have the most immediate effect. Political officials are able to, ironically, unite people by dividing them from their peers and in turn cause further polarization among friend groups and family members.

With the widespread nature of negative ads and misinformation in presidential tweets, it may seem like there is no end in sight for the demoralization of American politics. However, the solution to this problem remains with the divided American people. If we learn to change the way we discuss politics, if we make it about policy and laws rather than which party is worse, real change can occur. Instead of contributing to political gridlock by refusing to accept a perspective because of a person’s party affiliation, we could all be more open to learning from one another and eliminate superficial bickering. This can occur through first acknowledging that we are divided and consciously taking steps to fact check our sources, listening to policy opinions from other parties, and treating our peers like fellow Americans instead of enemies.

Baker, Peter. “A Long History of Language That Incites and Demonizes.” The New York Times,