The Impact of Single Stories with Empathy as a Factor

Home The Impact of Single Stories with Empathy as a Factor 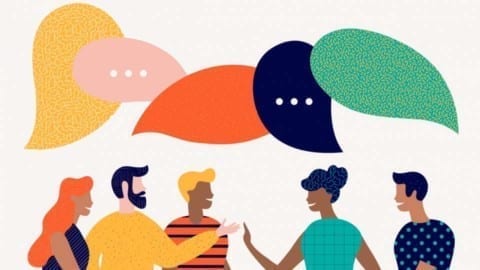 The values that are seen in society can be prioritized differently depending on each individual. Some people are heavily influenced by these values. An example of one is empathy. Empathy can play a huge role in other aspects of a person’s life. Another factor is the concept of a single story. A single story and empathy both play a heavy role in the behavior of society.

The effect of a single story can alter the lack or sufficiency of empathy. This also leads to the behavior of society. One example is that women are not seen as capable enough as men. Women were not shown empathy or support. Therefore, it affects how they viewed themselves and made them question their abilities. This correlates into jobs, academics, and sports.

Tied along with gender norms, other aspects have been continued to be generalized. One example is music. Music has only been known as instruments coming together to create a symphony of notes. According to Stefon Harris, a musician states that music is “ ‘… the mission behind the individual who’s utilizing the tool. My ultimate passion is about the proliferation of empathy’ ” (Burnett).

Many people do not think deeply about music. Music is not about the instruments, but more about the artist and their creativity with their music. They express different emotions or vibes within it. Harris wrote multiple songs about his hardships. For him, music provided empathy for those who are suffering. It “ ‘.. was there to amplify the pain that we were going through…’ “ (Burnett). With that support, people are able to have a moment of comfort. Their behavior can change with the music by feeling more supported. Music signifies other emotions people experience, so they are aware they are not the only ones who feel this way. Both gender norms and music continue to break through the general thinking of the public.

Through these examples of single stories, it demonstrates the power of empathy. Empathy can be crucial to the confidence and outlook of others. It can also affect positively or negatively the behavior of people.

I think you did a good job on using stereotypes against women to demonstrate how the effect of a single story can “ alter the lack or sufficiency of empathy,” and lead to a change of behavior in society. Through this example, I can fully understand how the connection between empathy and a single story can change the behavior of society. Not only did women question their abilities and the way they viewed themselves through stereotypes and lack of empathy, but found encouragement to change the way society labeled them and show that they are just as capable enough as men.