The Impact of Language on Emotions

Home The Impact of Language on Emotions 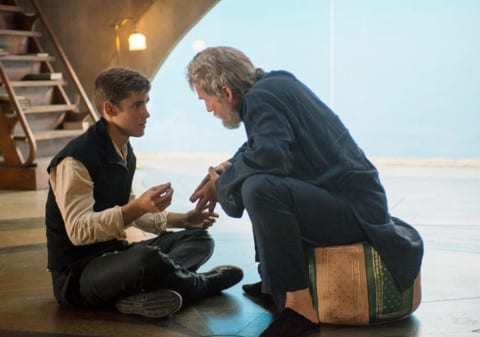 Have you ever been so angry or completely overcome with joy that it took you forever to string together a sentence that properly described the way you were feeling? Now imagine a scenario in which your language was completely controlled and expressing your emotions, particularly through your words, became outlawed. Which situation do you prefer? I think that it is safe to assume people would rather have the freedom of speech to express their feelings and beliefs. Without this freedom, you would eventually lose all sense of true emotion, which would then greatly impact your language and your perspective of the world. The Giver proves that speech is a very powerful tool in our emotional development and that a lack of freedom of expression through language creates a dreadful life void of all emotion.

Firstly, it is very important to explain that language allows us to form a connection with and express our emotions. We have been made to feel a large spectrum of emotions vital to our development and individuality, such as anger, fear, despair, joy, excitement, and disgust. These core emotions help us connect not only with others and our environment, but also with ourselves (Mamorsky). By understanding our emotions and feelings by conveying them to others through our language, we are able to live a more full, happy life.

A prime example of the restriction of language and its effect on emotions is the use of language and specific word choice in The Giver. In the beginning of the novel, the language used to describe the town, its rules, and its rituals is very brusque and precise. The use of this type of language has contributed to a society in which the inhabitants function as robots with no true feelings. In fact, Jonas’ community has lost their identity in the process of creating a seemingly perfect society by blindly following the government’s rules; one of which is to be precise with language. These rules force the community to give up their right to make decisions and have their own feelings. For example, when he was four, one day in school Jonas exclaims that he is “starving,” however, he is immediately taken aside and reprimanded for his poor word choice or his “lie” (Lowry 48). The use of such precise and controlled language ensures that nobody in the community ever lies, but as soon as Jonas meets the Giver and begins his training, he learns that the whole community is a lie.

The opposite language is used when the memories that Jonas receives are being described. The language used to describe the memories is very fluent, descriptive, and almost lyrical, and with this magical description of the memories comes expanded emotions, which impacts Jonas’ word choice. In the beginning of the novel, Jonas spends a lot of time thinking about which words are proper to use when describing his feelings, showing that since one word perfectly describes his feelings, his emotions are very superficial (Lowry 9). However, later in the book, when Jonas begins to receive more memories, his vocabulary expands, he stops looking for a perfect word to describe his feelings, and I can almost hear the emotions behind his words. As soon as Jonas’ language stopped being restricted, his emotional development greatly expanded, further proving that language is a very powerful aspect of sharing and developing true and strong emotions.

The ability to freely choose the words we use to express ourselves is a very powerful aspect of life. Language is a very powerful tool used in our emotional development and allows the world to be filled with anger, joy, excitement, fear, sadness, and love. These emotions are very important in the way we live and our personal identities. We are able to develop and form opinions because of the fact we are able to choose the language we use to express these emotions.

Dear Megan,
I am very intrigued in your post because I personally loved the movie and book The Giver! It is so interesting to think about how different life would be without something that most of us take for granted everyday: the ability to speak our minds through whatever words we please. One thing that you said that stands out to me is that “Without this freedom, you would eventually lose all sense of true emotion, which would then greatly impact your language and your perspective of the world” because I completely agree that our ability to express ourselves in our own words is what makes us our authentic and true selves. I enjoyed reading this post because it is crazy to imagine our life without the ability to express all of our emotions in our words, because that is an integral part of what makes us humans. Clearly life would be so boring and basically lifeless without this freedom of speech and expression, which reveals how powerful language is. Thanks for sharing!! 🙂

I agree with this article in the aspect of speech being a feeling of freedom to express yourself. People use their voices in events of immense impact, such as talking with a boss or standing up for what they believe in.