The Hunt For Life Beyond Earth

Home The Hunt For Life Beyond Earth 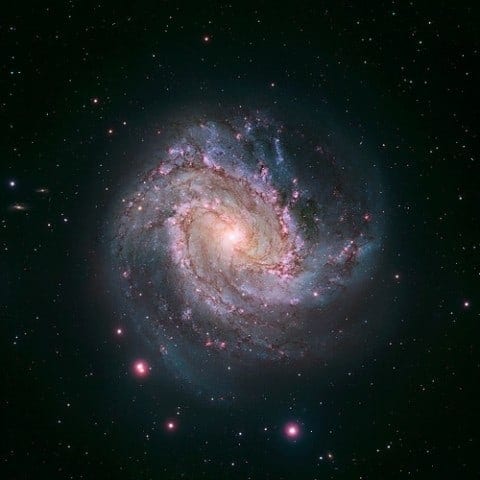 The sky twinkles on a starry night, filling the pure darkness with tiny specks of light, looking up I wonder, “Is there life beyond Earth?”  Millions of miles away huge gas stars burn and even bigger planets rotate the sun just like ours.  We are bothered with this concept as Earth is constantly rotating around the sun and as soon as the sun sets the stars naturally appear.  What’s out there, there has to be more, right? Our galaxy is so vast and that vastness is accompanied by billions of other galaxies in our universe, there has to be some form of life out there.  In other words, there are more galaxies in our universe than there are grains of sand on our beaches. That gives you something to think about and I have been thinking of the possibility that something is out there.

Astrobiology is a new field of science that is concerned with the possibility of existing life beyond Earth.  In an article I annotated “Signs of Alien Life Will Be Found By 2025,” NASA scientist think we are on the verge of finding something out. Within the next twenty to thirty years, NASA predicts that we are going to have a definite answer as to if there is life beyond Earth.  Also, scientist have been looking at the broader Milky Way suggesting that there may be many habitable environments that can sustain life. There are many components needed to sustain life and one of them is water. There needs to be some source of water and there is research that water is common throughout our solar system.  The Hunt For Life Beyond Earth suggests that there once was water, now frozen, on Mars.  Before Mars’ environmental catastrophe, there might have been life even before Earth was around. Ancient Mars could have been a planet to help sustain life. This proof gives us hope that like Earth and Mars, there could be an environment that supports life just like ours.

Looking beyond our solar system, astronomers have now discovered over four hundred planets orbiting other stars in our galaxy. In general, the exoplanets detected are supermassive and hugging tight  orbits around  their  sun. This  is  simply  because  the  effects  of  big  planets  orbiting close to a star are easiest to spot.  Their hot, expansive atmospheres are not the sort of place for life to begin, but over time we have been finding more and more Earth- like worlds. The expectation is that within the next few years we will discover a true Earth twin. The next step will be trying to work out what this new world is like.  So, what did you think, is there a possibility of life beyond Earth?

I find this topic very interesting. The universe is so vast, so infinitely large that it is impossible to wrap my brain around it. Because the universe is so big, I agree that there must be some other life forms outside our solar system and maybe in our own galaxy. There is a lot of debate and different view points on this topic, so I would encourage you to do some more research on the possibility of life on other planets!

Here is an interesting video on the “Fermi Paradox” to get you started: