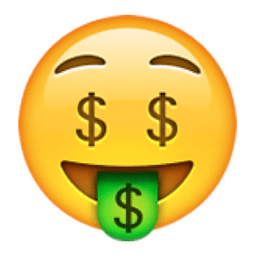 In the world that we live in today, incentive is everything! Whether it’s a professional career or a 12th grade English class, everything has incentive and everything must prove to have some personal benefit. In the book Drive by Daniel H. Pink, it proves this common belief and practice not to be as beneficial as everyone believes. In the book, Pink shows that sometimes little reward or even no reward can prove to be more beneficial than constant reward and punishment. In a study done in the book, Pink takes an American kindergarten class and divides the class into three groups with all will be drawing pictures. The twist is, that one group with be promised a reward, the second group with be given a reward at the end of the project but not told so, and the third group with not be given a reward at all. At the end of the project, all students turn int their work and the ‘reward’ groups will be given the reward which is a small certificate stating their completion. The next day the groups reassemble and are given the choice to draw again or do another activity. All the students that are rewarded choose to do a different activity, and the ones not rewarded  choose to resume drawing. The point is, is that not everything needs to have a reward. In the world that I live in today, I feel like everything has an anterior motive. Whether its points given for participation, or for how well a project is completed or simply points for showing up for class, everything is given a value and reward for depending on satisfaction of the rewarder. My point is, and also shown in the kindergarten study, is that sometimes its better to just let people do as they please instead of the constant bombardment of reward, because sometimes reward simply destroys passion. I am not saying the we should all just work for free, but I am saying the reward is no longer special, and it should never just be a given because you show up for class, or get to work on time, or complete an assignment. It should be something that is simply wanted for the rewarded not because there is a reward at the end of the trail.

Hey Mason. Passion is a very powerful source. It is a source of fuel that can never be extinguished. But it is very natural that many long for material wealth when there is a lot more to want in this life. One idea I would like to add is that reward sometimes can be good as well. Sometimes reward brings purpose and incentives sometimes may even increase passion. But there will always be that conflict between wanting glory versus fulfillment.

You raise a very interesting point. I agree completely with the fact that our society today, and especially the younger generation, is driven by reward. While I think it is important to be rewarded for hardwork, I think our culture has reached an all-time high in passing out rewards. We should focus more on the sense of fulfillment we receive ourself when doing a task than on what type of recognition we receive from others.