The House of Hades

Home The House of Hades 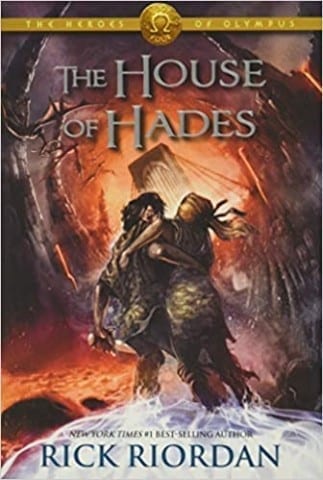 Recently, I read The House of Hades, by Rick Riordan. I really enjoyed reading this book. This is because they are doing something harder than they ever faced before and now they are in Tartarus. Since there in Tartarus we get to see old enemies they’ve defeated and how monsters come back to the surface world.

The protagonists are Percy and Annabeth. Their story is set in current time in Tartarus, which is where monsters go after they die. The significance of the Tartarus setting is that demigods aren’t supposed to be in Tartarus so how will they survive?

The tension rises when Percy gets poisoned and they have to go to Damasen who is a friendly giant. This might leave a reader feeling nervous. They might feel nervous because they are currently fighting giants, but now they have to ask one for help.

The book climaxes when they are at the gates and now they have to fight Tartarus himself who killed two titans in a single strike.

The falling action ultimately resolves the conflict. Bob and Damasen make the sacrifice to hold open the elevator so Percy and Annabeth can make it to the surface. It’s a person v. person type of conflict that’s driving this story. This is because they had to fight their way out of Tartarus.