The History of Pizza

Home The History of Pizza 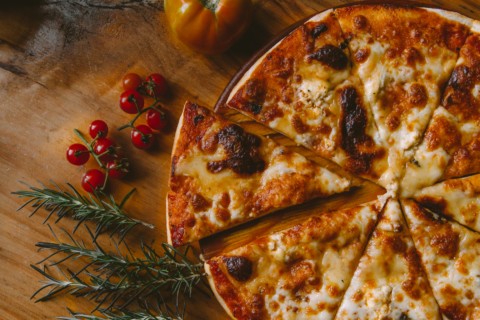 Many people, including myself, claim that pizza is one of their favorite foods. While most people believe it is common knowledge that this dish originated in Italy, many may not know the history of how it became so popular in the United States. Pizza has an interesting history full of mysteries that results in its popularization in the United States.

Although most of the history of pizza originates in Naples, Italy, it may not have been the Italians who first made a pizza-like food. During the Neolithic times, civilizations throughout the Mediterranean created their own versions of flatbreads. Also, Naples was originally founded by Greek settlers around 600 BC, and there is evidence that suggests that ancient Greeks brought a flat and round cheese pie to Italy when they colonized the coastal areas. In addition, Nice, France had created pessaladiere which was garnished with carmalized onions, anchovies, garlic, and olives. These examples of foods similar to pizza may have inspired the creation of pizza in Naples.

By 1522, tomatoes were brought to Europe from the New World, but many people did not want to eat them because there were rumors that tomatoes were poisonous. Apparently, “Europeans, new to the tomato, found its texture suspect (to say the least) and thought they looked spoiled when ripened” (TJ’s Take and Bake Pizza). In Naples, the working class had limited ingredients in their homes such as flour, cheese, herbs, lard, and tomatoes. Using these ingredients, they created a simple pizza. The workers needed inexpensive food that they could eat during the day, and as a result, street vendors began selling pizza. Antica Pizzeria Port’Alba was opened in Naples in 1830, and it is considered to be the world’s first pizzeria. It was popular among people who did not have a lot of money. Because pizza was associated with poverty, many foreigners were disgusted by it. This belief was held until it was rumored that the Italian King Umberto and Queen Margherita visited Naples in 1889 and ate pizzas made by Raffaele Esposito of Pizzeria Brandi. Supposedly, they enjoyed the pizzas, and Pizzeria Brandi received a thank you note signed by the head of table of the royal household, Galli Camillo. Historians compared the seal of the letter to other documents written by Camillo and announced that the thank you note was forged. Although Esposito most likely fabricated his story of royalty eating his food, he was able to popularize pizza in Naples.

Pizza was popularized in America when Italians immigrated to cities such as New York, Trenton, New Haven, Boston, Chicago, and St. Louis. “Pizza became as popular as it did in part because of the sheer number of Italian immigrants: they made up 4 million of the 20 million immigrants who came to the U.S. between 1880 and 1920” (Grannan). They began making pizzas in their homes and selling them. Legend has it that Gennaro Lombardi founded the first licensed pizzeria in the United States in 1905. This “fact” is widely believed, but research shows that a man named Filippo Millone emigrated to the United States in the 1890s. He probably started six pizzerias, including the one that Gennaro Lombardi took over.

Pizza remained popular among mostly immigrants, but after World War II, it became a fast food that was popular among most Americans. “Shortly after its introduction stateside, pizza became more popular in the U.S. than it was in Italy” (Grannan). The U.S. experienced economic and technological advances in the 1950s and onward, and pizza became even more popular. Fridges and freezers became common, so the frozen pizza was invented. Also, cars and motorcycles became more widely available, allowing pizza to be delivered to customers’ homes. Pizza is now a very popular cuisine all over the world.