The History Of Life Academy

Home The History Of Life Academy 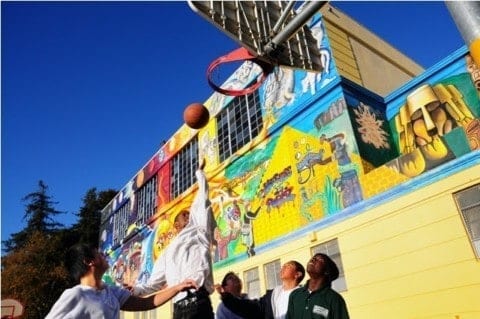 Some Oaklanders might agree with that it really didn’t improve everything the district wanted to improve. This move also destroyed people’s relationships with friends and teachers. Losing a relationship with a friend sucks because you have been talking to them and learned so much about them. But also some Oaklanders agree because if life was in fremont still the whole environment would have been dangerous because fremont has a lot of fights and that would be awful because people would get hurt. If the person reading this isn’t from Oakland Life Academy is a middle/ High school and Fremont is a High School, the larger school, is considered a very dangerous place because they are always fights over there. The reader might also be thinking isn’t all of Oakland dangerous? The answer to Oaklanders is no it is not, it’s a beautiful city and isn’t always dangerous and not to trash Fremont or anything but that is one of the most dangerous places in Oakland, and it’s a high school, hopefully one can see that if Life Academy was in that location, Fremont would have been bigger and there would have been more fights so it was a idea that they moved Life Academy to the Calvin Simmons location.

In conclusion, Life Academy became a small school because the district thought that making small schools was going to help test scores and reduce dropout rates. If Life Academy was still at Fremont the whole Life Academy community would have been a disaster.  So know in 2020 there’s a budget crisis in Oakland, should OUSD keep small schools open?

In the article Katy Murphy talked about the small schools movement and what it was. This is a credible source because she’s an oaklander and she knows what shes talking about and it’s from a website that’s all about Oakland and Bay area.