The Hired Girl and American Values- Are They Connected?

Home The Hired Girl and American Values- Are They Connected? 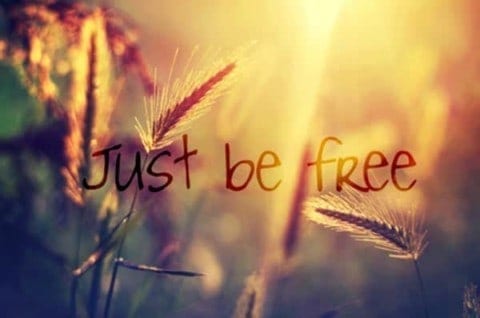 The Hired Girl, by Laura Amy Schlitz is a perfect example of how American values are different for each individual. The protagonist, a young girl named Joan, loves learning and believes it is more beneficial than some of the other things she is forced to do in life. When she is not rewarded for her efforts on the farm, she decides that she must go to a place where her work will be valued. “In a little while, I will go on to Baltimore – that’s the second stage of my journey – and from thence I will begin my new life” (Schlitz 65). Feeling the need to chase new dreams and reach for different opportunities is a large part of traditional American values. These goals help people strive for independence, freedom, or even equality, all which are described excessively in important historical documents such as the Declaration of Independence or Martin Luther King Jr’s “I Have A Dream” speech. The authors of these brilliant works lived in very different times motivated by separate causes, yet both seemed to find the privilege of creating a new life for oneself very important. The Founding Fathers, like Joan, wanted to be able to leave their previous lives behind and completely focus on starting over. Martin Luther King Jr. also believed that new opportunities should be readily available to anyone who wished to pursue them. Joan, as a young inexperienced girl, is depicted as stereotypically weak. Martin Luther King Jr. was a part of the African American minority. Both of these individuals experienced a lack of respect and were looking for ways to better their lives and their communities. The protagonist in the novel was able to do this by working up the courage to leave the small family farm and create a new series of opportunities and privileges.

Another necessary value mentioned throughout The Hired Girl is equality, this is something that the protagonist and other characters are striving for within their lives. “All the people, even the servants. This is America, isn’t it? Haven’t you always said that? Wasn’t I brought up hearing about democracy and equality -” (Schlitz 337). In this interrupted quote we learn that people are brought up on these values, and therefore use them in their everyday life. Her main reason for pursuing this goal is because she has been lacking necessary respect that would prove her work to be truly appreciated and rewarded just like the male members of her family. After not finding this equality at home in the country, it can be recognized as one of the main contributors to Joan’s fallout with her family and eventual escape. The idea of equality for all, no matter your gender or race, is also heavily discussed in Martin Luther King Jr’s “I Have A Dream” speech. King’s argument throughout the speech is that individuals should not have to fight for equality, but that it should be guaranteed to them, along with equal privileges and opportunities. When Joan flees the farm, she is searching for what King presents. She does not want to have to work for equality, but she feels that it should be unconditionally granted.

Another important American value is freedom, which can include freedom of religion. Throughout the novel we learn that Joan is a very faithful Catholic who believes solely in her religion. When she moves in with a wealthy Jewish family that can provide work for her, she must decide if their different beliefs will come between her and her work. Rather than rejecting them and their beliefs, she is smart enough to accept the job offer and chooses to learn and understand more about Judaism. “‘It’s writing about the Torah’- She looked at me with her head to one side. ‘You don’t know what the Torah is, do you?’” (Schlitz 132). While becoming more aware of the Jewish faith, Joan must declare whether or not she believes that Christianity is the only true religion. In the poem Let America Be America Again by Langston Hughes the ideas of freedom of religion, speech, and press are welcomed. Hughes describes that in order to once again create a strong and independent nation, we all must accept one another for who we are. We, as citizens of the United States of America, must grant each other these freedoms and honor them. Throughout Laura Amy Schlitz’s novel The Hired Girl Joan, the protagonist, faces an internal conflict between her desire for freedom and her attempts to respect those around her.

As simple as it seems, the idea of being a just and moral person is constantly brought up throughout the novel as a necessary American value. Another simple value is that of being willing to work. In the early 1900s when this book takes place, it was very important for everyone to be able to complete their share of the work to successfully run the household. “It occurs to me that one of the best things about my new servitude is that people are pleased with me, and say so” (Schlitz 141). This seems to be the only common American value between all the characters in this novel. There are characters unlike the protagonist who are disrespectful and don’t see the point of matters such as education. For example, Joan’s father finds education and reading useless in the farm life, and therefore when he is upset with Joan he punishes her by burning her books. People like this make the protagonist’s life much more difficult and inspire the main character to chase new dreams and opportunities. In reading selections such as What Does America Stand For? by Mike Lux, we discover that people outside of the realm of novels are also striving to be just and moral. Lux, being one such person, has worked to help his adopted brother with cerebral palsy create a comfortable life for himself. Prior to the diagnosis, Lux’s brother was able to work and did so willingly to help support himself. This family proves that when people are kind to one another and work to better everyone’s lives it creates a strong unified community.

Each person has a different American dream formed by their experiences and what they find valuable. Joan’s primary dream throughout this novel is to leave the farm and find a paying job where she will be appreciated.  “I couldn’t help thinking about all that lies before me – finding a respectable boarding-house and looking for work” (Schlitz 70). As mentioned in great historic documents such as the Declaration of Independence or Martin Luther King Jr’s “I Have A Dream” speech, the basis of American values can be defined as freedom and equality. However, when you look at each person’s life experiences you will find that all of the choices and opportunities provided to them influence their ideal dream. This can once again be tied to The Hired Girl by Laura Amy Schlitz because each character has a different want and need. Joan’s father wants money and success while Joan wants to live her life, not the one planned for her, but be given the same opportunities as everyone else.

In this novel the reader is able to see the different values that each character honors. Some of these include hard work, kindness, freedom, education, and equality. However each character prioritizes the importance of these values based upon their different life experiences. This pertains to the natural world as well, evident in documents dating as far back as the beginning of this country.

Lux, Mike. “What Does America Stand For?” The Huffington Post, TheHuffingtonPost.com, 27 June 2011,

Rebecca,
I really enjoyed your post. I especially liked the point that you made about the importance of freedom for all. I agree with you wholeheartedly on this. In my opinion, everyone should have the opportunity to be able to find yourself, even if it’s not what everyone expects. They shouldn’t be afraid to express who they are. I believe that everyone should be treated with the same respect as everyone else. You did a really good job of expressing this in your post, and I look forward to reading your future work.