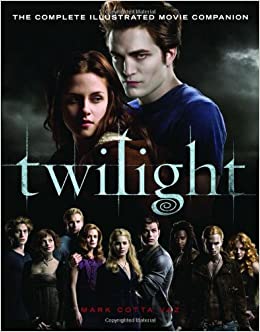 So far, the story starts with Bella and how she’s fitting into a new “world” , That’s when she spots Edward and his family wanting to know more about them. Soon they become more acquainted when Edward saves Bella from a “car crash”. Making her want to find out how/why, being that he was halfway across the parking lot from her? What she doesn’t know is that him and his family are vampires living in secret. And they will stop at nothing to hide that.

The first pages of Twilight by Stephenie Meyer might leave a reader feeling mysterious because Bella, our protagonist has just moved back to gloomy Seattle to her dad from sunny Phoenix. Feeling as if she won’t fit in. An example of this is on page 9-10. “All of the kids here had grown up together– their grandparents had been toddlers together. I would be the new girl from the big city, a curiosity, a freak. Maybe if I looked like a girl from phoenix should, I could work this to my advantage. But physically, I’d never fit in anywhere.” This is fitting because Bella is supposed to be the awkward new girl that is only ever interested in the life of Edward Cullen. And all his secrets.
The school, vampires, living in secret, trying to know more about the girl in Twilight might remind a reader of the story in another book. In The Vampire Diaries Stefan Salvatore is a vampire who comes out of hiding to know “the girl” aka Elena Gilbert but with that brings much more drama. The story takes place in high school leading to their adult life, just like in twilight when Edward and Bella grow up together. Also how the Men roles (Stefan and Edward) are hiding their life because humans can’t know what they are. In both books we find out everything about their lives, both the humans and vampires. Finally in both books we see how drastic the change in lifestyle is for all the characters. Soon learning Bella (Twilight) and Elena (The vampire Diaries) both turn into vampires.
After this part of the book, most readers probably will be looking forward to reading the rest of this book because I’m only at the beginning and I have much more to find out and discover. What’s probably going to happen next is (I SEEN THE MOVIE BUT) Edward and Bella will have a conversation, leading Bella to get a weird vibe from him and Eventually save her from being hit by a car but that will only happen later on.