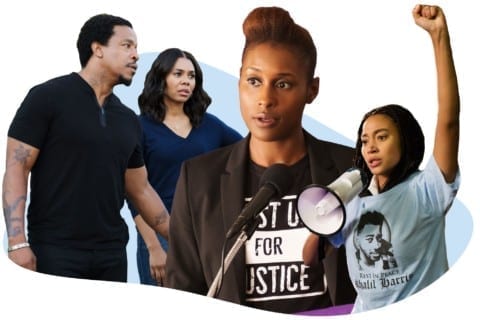 Recently, I read The Hate U Give by Angie Thomas. I appreciated this book. I say this because it really shows the world why people are protesting and getting mad at the death of innocent Black people.

The protagonist is Starr, her story is set in, modern time period specifically Garden Heights, an inner-city neighborhood in the southern part of the United States. The significance of the location setting is that it shows Starr and her family environment living in the hood with the gangs, drugs, etc.

Starr faces certain forces and pressures. The main conflict in the story is that her childhood friend was killed right in front of her by a police officer and she chooses whether she wants to tell her story on the news about him and his gang-life and tell the world who’s the cop that killed him. She meets these forces and pressures by deciding to go on the news but blur her face so no one will know it’s her.

The book climaxes when the Black people of garden heights were mad so they had s big protest that exalted into something bigger.

A lot if it isn’t just because they are innocent, there are reasons why officers goes up to a person. We just simply have to comply and follow directions of what the officer says. We do have our rights but also we need to know how to use them. A lot of people are getting mad for no reason and that’s my opinion. I just think if we would simply comply everyone will be fine. The officer pleaded not guilty because there was a reason for everything! People get mad for no reason and it’s dumb. We need to fix the way people view things.

I think this was a great story and you explained everything it’s clear that black people are not being treated the same and as you can see an innocent black man was shot by the police man and nothing was done about it. The story was told to the whole community and yet there was nothing done to bring justice to the people and the innocent black man. They police officer was let free to go and they didn’t press no charges on him and they didn’t punish him for the crime he commited. This shows how the blacks are not taking serious as they should be and there was no justice brought to those innocent lives. I agree with you that this will lead the audiences feeling really mad because there was nothing done to the police officer and there was no justice brought for the innocent man. This could lead to man more violence and cops will be committed similar crimes because they were not punished for the evil crimes they committed. After all I enjoyed reading this and looking forward to read more 🙂
— Madram A

I liked your summary of Angie Thomas’s “The Hate U Give”. I have also read this book and it really gave insight into the emotions and oppression that black people face. One sentence that stood out to me was “The tension rises when there’s a trial for the officer that killed him and he pleaded not guilty and that people were so mad.” This sentence stood out to me because I agree with you that because he is an officer he would get away with killing an innocent black man if he pleads guilty. It goes to show that black people have endured oppression through the legal system and in many other ways to the point where they do not get the justice they deserve. Thank you for writing about this and I look forward to reading more of your writing.
– Wendy