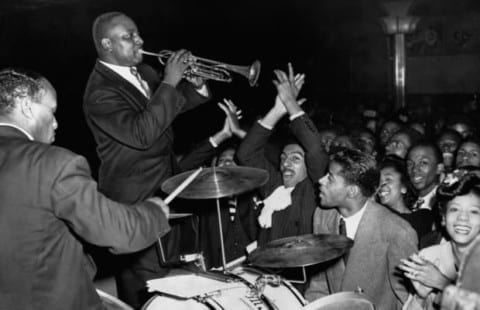 (Since this story doesn’t revolve around one person, I thought I would create the protagonist as a whole. Basically making the “protagonist” all the African Americans involved in this change.)

African Americans are the protagonist in this book, they have a few traits that influence their relationships with others.

These traits influence their relationship with others “The Harlem Renaissance was in many ways the result of the Great Migration. Between 1900 and 1930, nearly three million African Americans left the south to seek their fortunes in the North, sending the black population of the North soaring by 400 percent. Although African Americans had been moving north since the time of the Civil War, the largest migration boom occured around World War 1, when nearly half a million rural blacks left the south in search of racial equality and greater economic opportunity.” This shows how African Americans, “adventurous courage” (aka daring) comes into play when they are looking for change/ a difference.

Later, on page 83, Carl Van Vechten interacts with multiple groups of these Americans, becoming a big associate with the Harlem Renaissance . “MORE THAN ANY OTHER white American Carl Van Vechten became synonymous with the Harlem Renaissance. He was introduced to Harlem in 1924, when he and his wife… accompanied Walter and Gladys White to an NAACP dance at happy Rhone’s Black and White club. Van Vechten’s fascination with black culture grew to such a degree that Time magazine acidly commented ”that he had been playing with the negros lately” …. But even Van Vechten did not believe that his fascination with Harlem would last– Van was wrong, His interest in Harlem would be lasting. Writing and contributing amateur photography for such publications as Vanity fair, he would become one of the most important and influential chronicles of Harlem’s literary and musical talent.” African Americans’ response here deepens a reader’s sense of their trustworthy/charming persona.