The Handling of Misinformation on Spotify

Home The Handling of Misinformation on Spotify 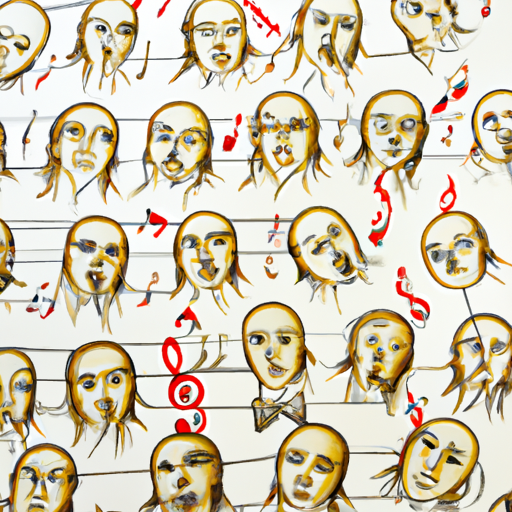 In Boston University’s article about the issues Spotify was having with boycotts by artists due to Joe Rogan’s podcast and the misinformation spread there, T. Barton Carter voices his opinion while also providing the facts. The leading artists in this boycott were Neil Young and Joni Mitchell, two very influential musicians. Still, Spotify settled on Joe Rogan’s side, saying they would add a content warning to his podcast episodes. While Carter personally thinks anti-vaccine information should not be out there, he states it gets complicated when it comes to a large platform like Spotify and the decision of what will cost them more money in the long run, “From a business standpoint, what they would do is decide which is going to cost them more money. From an ethical standpoint, that’s more complicated, only because they are a business for putting up different ideas and positions. At what point do they decide that something is so antithetical to what they stand for that they need to remove it?” Many attempts to boycott large corporations to make changes in the past have never truly worked, and users forget about the issue once at large in no time. Ultimately, Carter reasons that Spotify will not get rid of Joe Rogan’s podcast due to morals because they would lose a ton of money, about 100 million dollars, in doing so.

In this BBC article, Megan and Harry, who have a podcast on Spotify, fully believe that Spotify has the user’s best interest in mind. The couple’s team has continued to express their concerns to Spotify over the Covid misinformation, “We have continued to express our concerns to Spotify to ensure changes to its platform are made to help address this public health crisis.” They are hopeful Spotify will work for the changes they want and will continue to work together due to this. But the couple also has a deal with Spotify in which they received money to have their podcast exclusive to the streaming service, which may be why they are so hopeful the platform will “fix” the issues plaguing it with Joe Rogan.

Spotify ultimately decided against removing Joe Rogan’s podcast and simply putting a warning over his episodes. The Boston University article reasons why from a business standpoint, Spotify would not remove the podcast altogether. The BBC article shows how people on the platform, specifically Megan and Harry, dealt with the topic. Users of Spotify will not be affected by either of these viewpoints, as they are not a big topic in the grand scheme of things. Spotify decided to handle the issue in a way that wouldn’t lose them money. Megan and Harry, also podcasters on the platform, did the same thing while releasing a statement saying they wanted to change to happen on the platform.

Joe Rogan recently received criticism for airing potentially dangerous Covid-19 misinformation on his podcast with guest Neil Young. Spotify has dealt with the situation by enforcing policy meant to reduce the spread of false information in the platform’s content, although they did not take the episode down. This incident has highlighted the importance of platforms enforcing guidelines that protect users from being misinformed. Media outlets have also been taking steps to ensure accuracy by avoiding the passive voice in their reporting and using authoritative sources for fact-checking.

The Duke and Duchess of Sussex have expressed their concerns to Spotify regarding Covid misinformation and will continue to work with the platform, despite an estimated $25m (£18m) content deal. Top artists such as Neil Young have pulled songs from the streaming service in protest of Joe Rogan, a US podcast host who has interviewed vaccine-sceptics. The couple’s Archewell Foundation issued a statement warning against the impact of “rampant mis and disinformation” and lobbying for changes by Spotify. Meanwhile, Joni Mitchell announced she would remove her catalogue from Spotify in solidarity with Young. Spotify said it aimed to balance “both safety for listeners and freedom for creators” and had removed more than 20,000 podcast episodes related to Covid since the start of the pandemic. Co-founder Daniel Ek committed to clearer rules for content creators and to using a “content advisory” before any podcast episode that discusses Covid.

a. The AI summary doesn’t seem to hold much bias. But I did notice that in both articles, it found outside information and used that to focus more heavily on why this is happening and the repercussions. Like in the BU article, they mentioned how media outlets are reacting to the situation.

b. After comparing my viewpoint to the AI’s viewpoint, I noticed mine went more into the feelings of the people. I mentioned the viewpoint of the author in the BU article while writing how he thought the situation would be handled with no bias. I also mentioned more of what Harry and Megan said in statements, while the AI did not do much of that.

c. For the BBC article, I want to know if the reason Harry and Megan were so keen on staying on the platform, is because they couldn’t leave due to the money involved, the article briefly mentioned a sum of money being given to Harry and Megan for their podcast, but there was no further explanation.

d. I want to know how much money was involved in all these decisions and if that really is what influenced all the decisions made.

Pilar, I hope you have time to read the responses to your work! We, as teachers of writing, appreciate your processes and how you have leveraged AI to inform your thinking. Best wishes to you!

Pilar, It was great to read your summary. I liked how the topic was so actual and had a lot of information about the why and how. It made a pretty clear picture of what the article was about. I think the AI article was less detailed and I agree in that the parts that the AI focused on seemed less important than the ones you described. My experience with AI is that is also unbiased but the information it gives is limited and of not much relevance as it over summarizes, thank you for your writing, I look forward to reading more of you because you are a great writer.

This is a very cool topic. Its interesting to see what lengths some platforms will go to prevent misinformation vs others that will do very little if not nothing. My AI summary was also pretty unbiased and just kind of restated information from both sources.