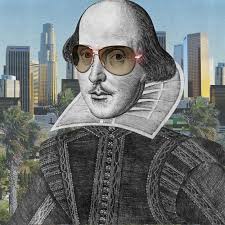 According to the reasons on why shakespeare still matters is that it’s become more convenient and a fascinating way to get get students to talk about certain issues without being confident. The Video “why study shakespeare today” by Kim F. Hall. Shakespeare helps within the contemporary issues of race and religion. The students should learn more about cultural and educational attentions. She also says shakespeare is way for the students to understand the message that is based on in life experience. My actions giving by the presenter was that she did a good job explaining and advocating on why shakespeare is still important and could change the next generation lives. The shakespeare I currently studied was the Othello. My strategies for understanding the play, I had to read into the text and use the translation to figure out what was going on and for things that has been said that stuck out in the lines. I practice and used the the easybib definition meanings that was very helpful. I learned about words that I never even heard before. I’m not really comfortable I don’t know maybe it’s because it is sort of overwhelming most of the time. Where I feel the most confident in working with the language right now is pretty intense. I feel like I could be more willing to expand my mind to new browder things such as in terms of using shakespeare’s language.