The Good That Exists Within Social Media

Home The Good That Exists Within Social Media 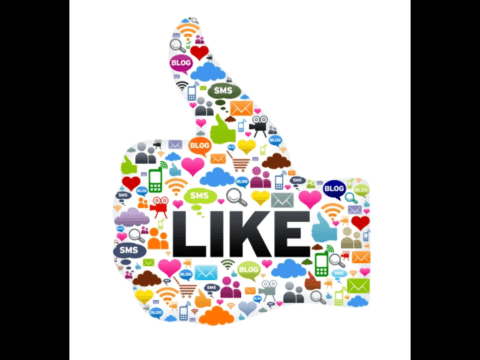 In my last blog post, I emphasized the harmful effects that social media tends to have on the majority of the youth who utilize and spend their days on social media. While I know that social media can bring about bad habits and increase stress and anxiety within teens, I want to focus on what good can come from the media in this post. The media has positive aspects, and people can use the media in a variety of ways that would allow for positive outcomes rather than negative ones. There are many reasons that such a large part of modern-day society makes use of social media, and I think more people should do the same in order to make the most out of social networks and media platforms.

Social media helps make users feel involved in current events because it allows people to learn and participate in things that are happening all around the world. Of course, it helps people to interact and develop relationships with others through the opportunity to constantly stay in touch, even if they are living in completely different parts of the country. I think it is obvious that social media is currently extremely popular for people to use platforms to contact and connect with their friends through texts, direct messages, snaps, and even tweets. In addition, social media helps companies market and advertise, inevitably increasing their sales and business by creating “a global presence for that brand and its products and services”(Roma). Finally, I believe one of the most important aspects of social media is that it helps users in speaking out and raising their voices against unjust acts or issues in society. It increases awareness of these issues and allows people to “come together and support a cause” that they feel passionate and strongly about (Roma).

I am sure most people are aware of the break in and riots that occurred at our country’s Capitol building early this month. This terrible and immature event was made well known all over the world through the power of social media. There were multiple shocking images shared and streamed all over the internet of the Trump supporters wreaking havoc by invading the U.S. Capitol building. These rioters had damaged and defaced government property and “at least one person was killed inside” (ABC). Throughout the following days after this occurrence, local and federal authorities “arrested dozens of people across the nation for their involvement in the siege and the death of five people” (ABC). Social media played a huge role in law enforcement tracking these protestors down. Rioters posted on different platforms throughout the chaos, which shared “images and video of themselves and the people with them” (ABC). Law enforcement used this public information, social media, and cell phone tracking “to identify and arrest dozens of protesters who were at the Capitol” that day (ABC). In my opinion, I think this event conveys a very positive and powerful way of utilizing social media’s capability and popularity. The media allowed for many users to share and upload the horrifying and embarrassing footage from this all but peaceful protest in order to spread awareness of how wrong and violent it was. Doing so allowed for at least some justice to occur, since people that participated were found and arrested. It is events like this where it can be vital for people to use their ability to have a voice and express their thoughts in order to promote peace and justice to a vast amount of other people through the media.

Hi Katie,
I really enjoyed reading your blog post that explores the good that exists in social media platforms. In contrast to my own post, it reveals all the positive aspects of this tool, like the ability to connect with others, and more importantly, the voice it gives people to speak out and raise awareness against issues of injustice. I really enjoyed when you said social media is “vital for people to use their ability to have a voice and express their thoughts in order to promote peace and justice to a vast amount of other people through the media.” I think that this really sums up the beauty that is social media, because it truly gives allows people to promote their beliefs through social media. I really enjoyed reading your post, and I look forward to your future posts. I also liked how you incorporated a real, relevant event to greater emphasize your idea. Great job!!