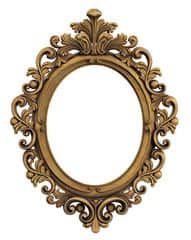 My mom used to love interior design. Every few months, weeks even, she would start to redecorate the entire house from top to bottom. I would come home from school and suddenly the beige walls had become an olive green because “it complements the couches better.” I hated it. Especially when I would stub my toe on the new coffee table or  drowsily trip over a forgotten couch on my way to get a glass of water in the middle of the night.

I only mention this because it always struck me as odd that there was always something unchanged in our house. Out of everything that was periodically removed, replaced, and remodeled, there was a single constant that sat on the walls of our living room. Surrounded by a gold, and honestly hideous, frame there was a quote that read “It’s your road, and yours alone. Others may walk it with you, but no one can walk it for you.” Now, don’t get me wrong, it’s not like the first time I read that quote I had a divine epiphany about life. For years it was just a normal decoration in my house. Years later though, when I was nine to be exact, the quote started to actually mean something to me.

See, nine was a big year for me. The age of nine is when a lot of Muslim girls decide to put a headscarf, or hijab. Growing up in the cultural family that I grew up in, I did not think it was a big deal. In fact, I was looking forward to my ninth birthday and the day I would put on the scarf myself, just like my mom. But you see my mom wasn’t as naive as I was. Having gone through a post 9/11 America, where islamophobia might have reached it’s peak in this nation, she wanted to sit me down and have a serious conversation with me about what wearing a scarf truly meant.

Needless to say, I was a little disheartened after the talk. I honestly did not understand why wearing something on my head to express my religion would be seen as negative in any way. I think that’s the first time I actually started to think about that quote hanging in my living room. It would be easy to walk down a road that most people walk down. But it takes courage to pave your own road.

Thankfully, on my ninth birthday, I put on my headscarf. I decided that being true to myself was more important than anything else. Now, years later, every time a friend asks me a question about my religion or a stranger approaches me to talk about my scarf, I can’t help but think about that quote. The first time I had ever stood up for something I believed in, had been because of that quote.

I know now that the quote was written by the famous poet, Rumi. I still wonder though why that was the one thing my mom never changed. Maybe it was because it was one of the few things she kept from Iraq after coming to America, or maybe it was because she breathes in poetry like it’s air. Maybe it was just because she liked that ugly gold frame. In truth, I never asked her. I like to think that she left that quote up in the living room for over eleven years just for me.