The Glorification of Serial Killers in Society Today.

Home The Glorification of Serial Killers in Society Today. 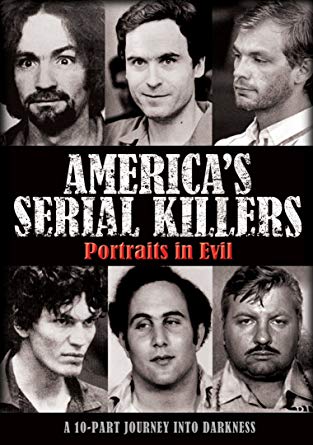 The topic I am studying for my Exploratory Essay (EE) is about the glorification of serial killers in society. In many of the articles I read, the authors came to the conclusion that people are fascinated with murder because of the air of mystery that surrounds it. Because most of the population can never truly know what happened or what it is like to be a serial killer, we are fascinated by the myths that surround it. Humans are naturally curious about things we don’t know about, and serial killers are no exception. We have ideas about what a serial killer is and when someone is found that contradicts our mindset, we are shocked. A perfect example of this is Ted Bundy. He is a man that nobody thought capable of murdering at least 30 women. He was said to be a charming, handsome, clean-cut man and that made people want to believe he was innocent, even when the evidence became overwhelming. Bundy alleged received love notes from people from all over the country while in prison for the murders, and he got married after he had been accused and arrested for the murders. Many people around the country looked past his horrendous actions and instead focused on his looks and his charming personality.

I agree, this is a super interesting topic. I think that the reason that a lot of us are fascinated by serial killers is because the psychology surrounding the typical serial killer is so strange, and that with a lot of serial killers there are patterns in childhood and behavior. I’d be interested in reading more!

Maggie,
I think the idea that humans are naturally fascinated by things we don’t know about, even when that means murder, is interesting. I liked that you used Ted Bundy as an example because of the new movie about him that has received a lot of backlash. I would love to hear more about the impact of the glorification of serial killers. Here is an article that I think you would like: https://www.thisisinsider.com/ted-bundy-film-director-says-glorifying-claime-are-naive-and-knee-jerk-reaction-2019-2

Maggie,
I think this is such a fascinating topic to research! This fascination with serial killers is something that is very relevant in our world today. I have often considered how our society seems to erase the horrific actions of the serial killers, or at least choose to ignore it. Here is an article that I think you would enjoy and is very connected to your essay.
https://www.belfasttelegraph.co.uk/life/features/why-notorious-serial-killer-ted-bundy-is-still-glorified-37797405.html
Nice job!

I have noticed an insane increase in focus on serial killers and murder mysteries. There are endless documentaries, Youtube videos, Netflix series, and social media articles strictly about serial killers and their stories. Despite being interested myself in this topic, I have always wondered why it intrigues me (and apparently many other people). I am excited to see what your research turns up!

I this this is an amazing topic to do this essay on because there is much to be said about it. You did a great job with introducing a couple of reasons as to why human are so amused by the mystery of murders. I hope you get into more details and examples of other famous murderers who have been glorified. This will make for a really interesting essay.

I really like this topic and why you’re researching it. This would honestly be something I would research. It’s interesting to see someone’s mindset who is capable of doing something like a murder, especially more than once. I love how many people find this topic interesting instead of terrifying.

I have always held a fascination with why this topic is so interesting to today’s audiences. I believe that there is two sides that one can take to it. First, theres the dangerous side, which is the glorification and romanticizing of these killers. The second, is just the fascination, which I’m sure many of us have with true crime and the psychology behind it. I look forward to reading more.

This topic is fascinating, especially in a time when it seems crime is an inescapable part of culture. It is really interesting in the context of domestic terror and mass shootings, and how the two equal brands of evil can become oddly alienated in our own minds. Keep up the good work.

I think this topic is so prevalent among a lot of people. The idea that we are attracted to the unknown is very interesting, and I agree that as human beings we crave mystery and intrigue. In addition to that, I like how you used the example of Ted Bundy to show how shock factors into our interest in certain topics. I really want to read your final essay on this and learn more about this quality that so many of us seem to have.

People are fascinated by what scares and shocks them. This topic is interesting because its a topic that should repel us, but instead it draws us in.

Hi Maggie! I really enjoyed reading this. I think that learning about serial killers is fascinating, especially because I am so interested in psychology. I liked when you said “We have ideas about what a serial killer is and when someone is found that contradicts our mindset, we are shocked”, because it shows how people make snap judgments as to what they believe the persona of a serial killer is supposed to be. Thanks for writing this, and keep up the good work!

I think this is a really interesting topic. I think it’s interesting how even though as humans we acknowledge murder as a unethical thing, yet we still are fascinated with killers. I would definitely like to read more about this topic.