The Glass Menagerie – Questioning and Speculating 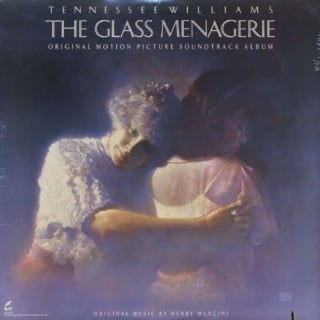 The play “The Glass Menagerie” by Tennessee Williams narrates the life of an in and out scene character, called Tom, who allussionates living in a family with different interests to his. His mother Amanda and his sister Laura eventually attempt to help him in the most convenient way prior to each role in the family. His mother Amanda is scared because she thinks that his son is following her ex-husband’s habits . Likewise, the mother worries about Laura’s sentimental life with Gettleman callers. In fact, throughout the scenes, Amanda shows lack of acceptance for her children’s behaviors and potentially attempts to make their children act the way she wants them to be.

The First and second chapters of “The Glass Menagerie” by Tennessee Williams might leave a reader feeling of thoughtful cognition because of the connection that occurs between memory and reality. An example of this is on section 1, lines 4-6 . “The scene is memory and is therefore non-realistic.  Memory takes a lot of poetic licence.  It omits some details; others are exaggerated, according to the emotional value of the articles it touches, for memory is seated predominantly in the heart.  The interior is therefore rather dim and poetic.” This is an amazing comparison of what can a person imagine and /or live at the same time. Memory can sometimes be real or non-realistic. Even though the characters in the play are represented as if it would be from Tom’s memory, they could still count as a reality from someone else’s point of view. People can at the same time have reminder of things and also introduce their feelings in the same life scene that they are remembering, it is why is proven that can be a little bit exaggerating. A reader’s questions might start on section 1, lines 17-19, where it says: “Being a memory play, it is dimly lighted, it is sentimental, it is not realistic.In memory everything seems to happen to music.  That explains the fiddle in the wings. I am the narrator of the play, and also a character in it.  The other characters are my mother Amanda, my sister Laura and a gentleman caller who appears in the final scenes (Tennessee).” This is important because it shows that what is actually happening is correlation of what Tom is remembering, he confesses as if what he lived records itself inside him, every single detail and action .

Another instance from the play is in section 3&4, which says, “After the fiasco at Rubicam’s Business College, the idea of getting a gentleman caller for Laura began to play a more and more important part in Mother’s calculations.  It became an obsession.  Like some archetype of the universal unconscious, the image of the gentleman caller haunted our small apartment (Tenessee). This is important because it explains the reality in the play. It explains that Tom’s thoughts reflect the preoccupation of the mother to her children. It explains how getting a gentleman caller for her daughter became an obsession for her. Amanda has discussed with her son Tom eventually

because of her insistency in pushing his son to potentially act the way that the mother expect. Intuitively, she is probably scared that her same life history becomes the same torment she lived with Tom’s parent (her ex husband), which had been gone. It is surprising because it eventually happens a lot in families when Mothers tend to see the similes between legitim husband and children. The author seems to be making the point when Amanda says , “ I think you’ve been doing things that you’re ashamed of.  That’s why you act like this.  I don’t believe that you go every night to the movies.  Nobody goes to the movies night after night.  Nobody in their right mind goes to the movies as often as you pretend to.  People don’t go to the movies at nearly midnight, and movies don’t let out at two a.m.  Come in stumbling.  Muttering to yourself like a maniac!  You get three hours’ sleep and then go to work.  Oh, I can picture the way you’re doing down there.  Moping, doping, because you’re in no condition.”

After this part of the play, I will be looking forward to reading the rest of this book because It is very astonishing for me to see they way this story is told. It is a reflection of what you can see on the other side of things, including perspectives or thoughts about people. This books is very interesting in the way that is told. I What’s probably going to happen next is that maybe the mother is going to interfere in the relationship between Jim and his wife in order to unify the attraction that was left between Laura and Jim . It is because Amanda’s attitude is more driven by her desires than her conscience and work ethic.