The Future of Sino-Taiwanese Cross-Strait Relations 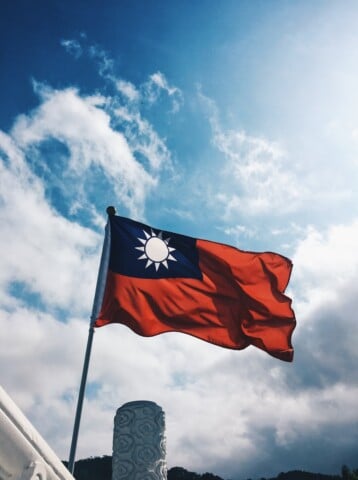 I’ve always tried my best to stay up to date with what’s going on around the world. And the current event that seems to be coming up more and more frequently is the Sino-Taiwanese cross-strait relationship, something that’s been going on since 1949.

I find this relationship interesting because it is not some local issue on the other side of the globe, but rather an issue that involves the most powerful nations in the world, including the United States, China, and Japan. With recent events in Afghanistan calling attention to America’s foreign policy, a potential conflict may soon become the next biggest foreign problem America will be involved in. Bellow is a summary of the Wall Street Journal article: (https://www.wsj.com/articles/as-china-taiwan-tensions-rise-japan-begins-preparing-for-possible-conflict-11630067601 )

As tensions between China and Taiwan worsen and worsen, the nation of Japan has taken steps to best prepare for a potential conflict in the next couple of years. Chinese officials have continued to express their desire to unify the two nations, be it peacefully or forcefully, while the Taiwanese have adamantly voiced their desire to remain independent. As it is a democratic nation with a very important role in the global technology market, America has supported Taiwan, economically and militarily (through weapons sales) though never officially recognizing the country as a sovereign nation. Due to its post-war constitution, Japan is granted only a very limited military force only for self-defence, and with events like the crackdown on Hong Kong, have started talks with American officials to discuss contingencies in case a conflict breaks out.

Dear Sam, I am impressed by your post “The Future of Sino- Taiwanese Cross-Strait Relations” because I also try to stay up to date with what’s happening around the world, but I’ve never heard about the Sino-Taiwanese Cross-Trait relationship. I think it’s impressive how I didn’t know anything about this topic even though it involves the most powerful nations as you mentioned.

One sentence you wrote that stands out to me is: “Chinese officials have continued to express their desire to unify the two nations, be it peacefully or forcefully, while the Taiwanese have adamantly voiced their desire to remain independent.” I think it’s terrifying to discover that America (the country I live in) could be involved in an issue that can be violent.

Thanks for your writing. I look forward to seeing what you write next because I like how you stay up to date with current events. I would like to do so as well.

Hey Sam, I’ve found this topic very interesting as well. I actually read a similar piece to this in “The Week” magazine. It was titled something along the lines of “will America protect Taiwan’s national interests?” I didn’t know very much about China-Taiwan relations before I read this article, so I found it quite fascinating. The title made me wonder why Taiwan was afraid that we wouldn’t defend them in a conflict with China after we pulled out of Afghanistan after 20 years there. I now see why, because America does have interests in protecting the sovereignty of Taiwan in order to counter the influence of China in the modern world. I wonder how this support of Taiwan could balance with being able to live in harmony with other world powers, though. I would love to know your thoughts, Paul

And it’s always nice to meet another reader of “The Week” as well!