The Future of Cars

Home The Future of Cars 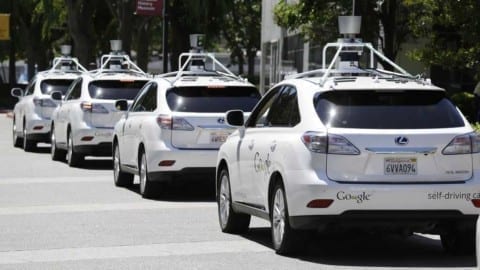 With new technological advances in companies such as Waymo, self-driving cars are making huge strides in consistent safe driving. Waymo’s vehicles have sensors and software that are designed to detect pedestrians, cyclists, vehicles, road work and more from a distance of up to two football fields away in all directions. With more than 94% of all automobile accidents due to human error, Waymo claims that with further testing their cars can reduce this number to almost 0.

But Waymo isn’t the only company that is producing self-driving cars. Big automobile companies like GM and Ford are also hopping on the autonomous vehicle train. Both claiming that they will have self-driving cars on the market within the next few years.

In conclusion, self-driving cars are clearly the future of driving. The question is a matter of when they will be safe enough to drive on public roads by the average consumer. It is sure to have a lot of complications in the future, but lets hope that they will be released to the public soon

Hi Koji,
I found your article to be very interesting and informing on the topic of self-driving cars. It does seem like self-driving cars are the way of the future, with safety concerns being the main obstacle. When self-driving cars start to become more common, on the road, car insurance could change drastically as well. Overall, I think this topic will continue to be the topic of popular debate.