The Fox and the Crow (Remixed)

Home The Fox and the Crow (Remixed) 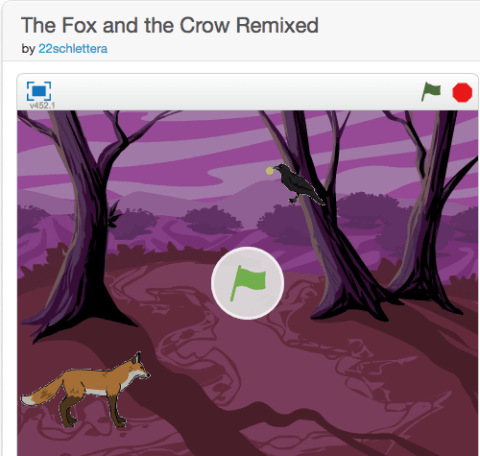 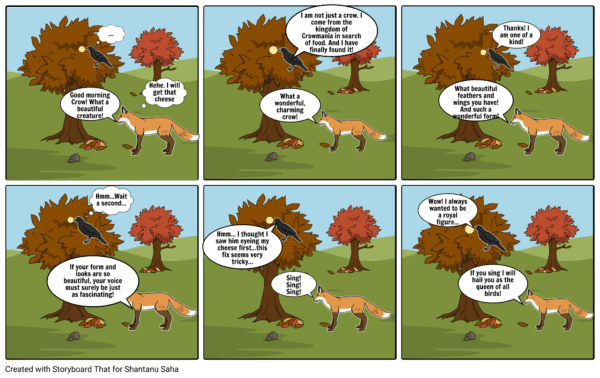 Hi, my name is Alex. In my Scratch animation, I made a remix of the fable “The Fox and the Crow” by Aesop. This fable is about a fox who spots a crow that has a chunk of cheese in her mouth. The fox tries to flatter her into singing so she drops the cheese. However, when she finally does drop the cheese, I extended the ending, and a vulture comes in and steals it. In the end, though, the fox is able to flatter her into dropping the cheese and the fox finally gets it. Both the crow and the vulture learn a valuable lesson: “The flatterer lives at the expense of those who will listen to him”. Here is my project:

I also followed a certain process when creating my animation. First, I made a project script. It described all the characters and the lines they said and some stage directions as well. This was the core and main part of my project. After that, I made storyboards for each part of the animation. It gave me a visual of how my final product would look like and the main and important dialogue lines of the characters. The storyboards basically portrayed the main idea and important details of the animation. The second to last step was making a project plan. My plan stated how much work and what work I would do in school and at home. Finally, before starting my final project, I had to import all the characters from StoryboardThat into sprites on Scratch. Here is the link to my project script: