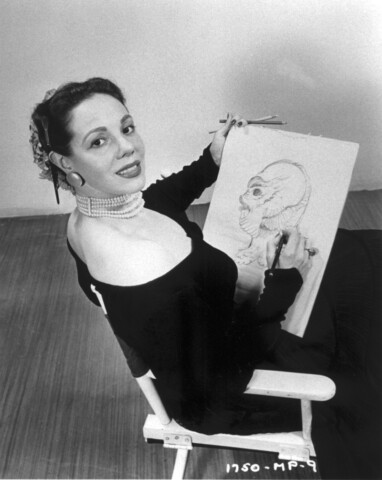 In the article, “Profiles in Women’s History: Milicent Patrick” (McGraw Hill) I learned that Milicent Patrick was an animator, makeup artist, costume designer, and more in the film industry. She worked at Disney’s ink and paint department where she worked with many other women who traced animator’s drawings with precision. She also took part as an animator in Disney’s films “Dumbo” and “Fantasia”. While working as an extra she met Bud Westmore (head of Universal’s makeup department) who hired her as a makeup designer for the film “Creature from the Black Lagoon”. Universal decided to send Patrick to a tour of the movie “The Beauty Who Created the Beast” causing Bud Westmore to fire her and remove her name from the film’s credits with his own.

Until now, Mallory O’ Meara experiences sexism as a female in the film industry, which shouldn’t happen anymore. There are women whose talent is not recognized. It is unfair that they work so hard for someone else to take advantage of them and take credit for hard work without moving a finger.