The Flaws of the American Dream

Home The Flaws of the American Dream 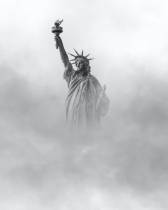 The American Dream, having a great job and a perfect family in an admirable house with a white picket fence. This is a novelty item in the United States, something that everyone wants to have. A shiny golden token that anyone can obtain if they have the work ethic. It is the land of equal opportunity as they say, but it is not truly equal. America on the outside has much promise until we see the deep-rooted: racial injustice, economic disadvantage, and education.

Within the numbers, it is seen that minorities have higher poverty, unemployment, and overall lower salaries. The unemployment rate varies across races Edith Rasell says, “unemployment among African Americans is generally twice as high as for whites while the rate for Hispanics is 50% higher”. The unemployment rate shows why the poverty rate tends to be higher in minorities. The other issue is that when minorities can find work it is lower wages than whites. The best jobs they can find are labor jobs that can barely financially support one person. The excuse people give for minority unemployment is that they are often turned away from jobs because of a lack of education.

Education in minority families has many setbacks. The children of these families grow up in unstable households, they do not have the same support systems that many white families have. They live in a single-parent household where their mom or dad is always working. They do not have the luxury of coming home and being able to ask their mom or dad for help on homework. In school districts with more support when the kids have issues at home the teachers can give that student extra help. These inner-city schools are not bringing in enough money and cannot afford to devote extra time to specific students.  A PBS documentary says “Education became the holy grail”(24:03). It is the fastest way out of a hard situation. Those kids are supposed to make it out with education but fail because they did not get an equal education.

The American Dream had to work for it to be so broadcasted, and of course, it worked. In my own family, they traveled from Germany to America with nothing. They worked hard and now their future generations are successful. Even though they made it to the American Dream, that doesn’t make it consistent. Shawn Carter says “less than 1 in 5 Americans think they’re living the full American dream”. The American dream is a sales pitch for America, that it is a ‘land of opportunity’. It resembles American values in hope and freedom while also showing the dark side of America when you see that only 20% of people experience that dream.

All Americans want to be able to claim their American dream success story.  People of color coming into the country are automatically at a disadvantage. They cannot earn the same amount of money as white people. They often start in low-income areas where they earn even less. While even their future generations do not have the same opportunities because of education that is not equivalent. The American dream will not be attainable by everyone until everyone is equal.

Emily, I like how you discussed a lot of issues that are relevant in America, and will stay an issue unless our government makes changes to many systems. Poverty is a cycle. When people come to America because of the expected “American Dream,” they can fall into the poverty cycle. Many Americans who aren’t struggling in that way fail to see that many people who are impoverished do in fact work hard. When they are working jobs that don’t pay well, have children at schools that don’t get equal education, and aren’t given the same opportunities, it is hard to live the “American Dream.”

Emily, I agree with you that for being ‘the land of opportunity’, America is anything but. There are many different restrictions that can obstruct individuals, espcially immigrants. Whether it’s socio-economic status, race, sex, or education, many people are impeded far more than others from reaching success no matter how hard they work. The closer we get to equality, the closer our country is to the idea of ‘The American Dream’.