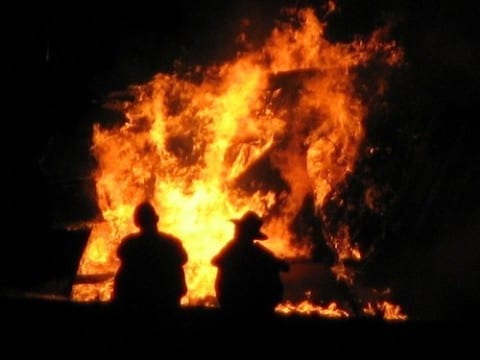 To begin, the novel Fahrenheit 451 connects to 2017 because of how people in power use their privilege for coercion. This is true because in today’s day in age, President Donald Trump has passed multiple laws that oppress certain groups of people and gives factually incorrect information. In Fahrenheit, the society has multiple laws that repress the citizens from learning about the realities of the world. For example, a section of the novel in which coercion can be seen is when the main protagonist, Guy Montag, is with Captain Beatty meanwhile he spoken to by a man named Faber through an earpiece. Faber informs, “But remember that the Captain belongs to the most dangerous enemy to truth and freedom, the solid unmoving cattle of the majority” (104). The keyword in this quote are Captain, enemy, truth, and freedom because they are describing who Captain Beatty is. Since Montag is a fireman, and Beatty is his captain, that makes them part of a majority group in this society. The role of firemen in this dystopian world is to burn any sources of information that does not align with the government’s views, such as books. The government does not want to have it’s people to know the truth of what is occurring around them, such as war. Based on this point, the novel Fahrenheit 451 connects to 2017 because the people in power use their privilege to feed others propaganda.

Thank you so much for your post “The Flames Happening Today – 451 and 2017.” I really enjoyed reading your opinions and the connection you made. It is true and I totally agree that often the groups in power coerce, and especially use propaganda, in order to suppress the larger populace and to oppress these people. Sadly, oppressed groups are “easier” to control as seen in the novel since often people consent because they do not know anything else, which was the case with Montag because he met Clarisse and read his first book. Thank you for sharing and I look forward to reading your future writing.