The Fear of Artificial Intelligence

Home The Fear of Artificial Intelligence 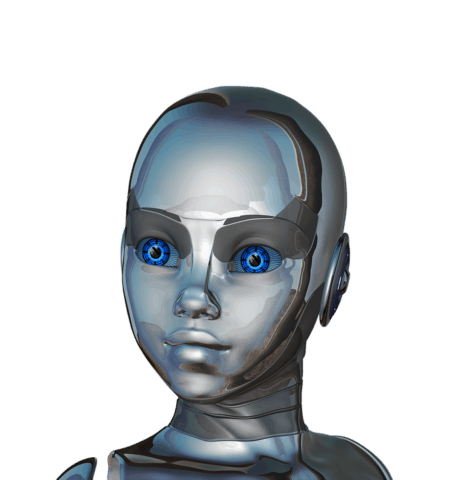 There are many jobs around the world that require the assistance of computer generated systems and many tasks that can only be completed with them. As technology becomes more advanced and more job categories open up, these systems will inevitably be at a higher demand in number and capability. As of now artificial intelligence is at a relative low, with computer AI still attempting to pass the Turing test, which was designed to test a computer AI’s ability to mimic a human and their tendencies. Your feeling of necessity as a human may be assured by this, as not many computer AIs have been able to disguise themselves as humans… yet. Individuals in the field of AI believe its advancement will most likely be exponential rather than linear, meaning once we start seeing competent AI there will be much more to follow.

There are many renowned scientists and entrepreneurs who agree(ed) with this theory, including Elon Musk and Stephen Hawking. Elon Musk makes a very interesting comparison: AI advancement is like releasing a demon. We don’t exactly know where we’re going and at a certain point we’ll begin to ask each other where it should stop. If you’ve ever seen a horror movie you usually don’t see the paranormal presence hop back into the bottle or the closet right away, there is usually something that has to be done in order for that to happen. However, some people don’t see a solution to proficient, unresponsive AI, rather they see the endgame of artificial intelligence as the end of all humans. One of these people was Stephen Hawking.

Steven Hawking had a more concerning and direct answer when asked his stance on AI. He said that it would be the end of humanity. Some people may believe that this is over exaggeration, but when you look closer at the history of computers it doesn’t seem so far fetched. In 1936 Alan Turing created the Turing machine, one of the first computers that was used to break a disguised form of German communication called enigma. This was quite expensive and large, as you’d expect for a computer in the 1930s. Jump to the AI hype of the 90s and scientists are creating AI based on Turing’s creation, but this time they’re designed to speak and translate language. Today, their creations’ inhuman characteristics are able to be camouflaged in a conversation with a human behind another screen.

The bottom line is nobody exactly knows where AI is headed and its effects are unknown. It isn’t expected that our human race will consciously create a force to destroy us, but there is the possibility that the leash we have on something created for the purpose of helping the human population can get away from us due to its capabilities. It’s hard to think of a limit to draw on the advancement of AI, as many places and organizations can benefit from state-of-the-art AI systems, like hospitals, the military, struggling countries, and countless others. It’s a collective race as an entire human population to create this compelling AI, but groups can easily turn against each other as seen with any powerful force.

This essay comes across as a cinematic concern, but nobody from the early 20th century would’ve believed where we are now; we likely will be fascinated to see where we go in the next hundred years… of course if we are accompanied by some technology keeping us all alive for 2119.

Attached below is an annotated NowComment post with Elon Musk and his stance on AI.

Joe,
Very interesting topic as AI has become weirdly present in our world in places we wouldn’t imagine. I liked the concept that the innovation of AI will be exponential and not linear as it is a frightening thought to imagine. I am interested to hear why there is so much intrigue with AI outside the sector of atomization.

This post was interesting. It kind of reminds me of 1985 because the technology was smart enough to listen to people. That could also be true in our lives when we don’t know it.

Joseph,
I very much enjoyed reading this summary and your ideas about the dangers on AI. The topic is so interesting, especially for someone who is going to study computer science. I liked how you talked about how some of the greatest minds in history also carry the concern of AI for the future. I also thought that the analogy of AI being like a demon we are releasing interesting. I can agree that it is worrying since we don’t know what exactly we are getting into by continuously evolving computers and technology. Here is an article about the dangers of artificial intelligence, including autonomous weapons, social manipulation, and invasion of privacy: https://www.forbes.com/sites/bernardmarr/2018/11/19/is-artificial-intelligence-dangerous-6-ai-risks-everyone-should-know-about/#68db3c622404.