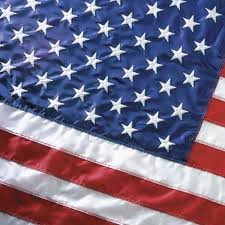 Whether or not you can consider someone American comes down to one easy, objective answer. Are they legally recognized as an American by the government? If someone has the correct documentation required and actually lives in America, then any other reason doesn’t matter. A lot of people like to take a stance on a necessary level of national pride or patriotism, but that’s a whole lot of bologna. This country was founded by people who were fed up with how their country was treating them so they revolted and founded a new one. There’s also a lot of discussion around an American dream, and how people should strive for it, but it doesn’t really make sense for someone to not be considered American because they don’t work for the right dream, especially when that dream is different from person to person. Lastly, some have the idea that Americans already do and should act in a similar way, but really there are so many different types of people who live all different styles of life that are all great and as a whole make up American.

One problem that comes up when talking about what makes an American is what they should do and strive for. But this should also account for people who live in any other country, and are more like basic ideas every person should strive for. Many people even take the stance that America is a country with a lot less freedom than others in the modern-day. For instance, bettering everyone’s ability to express their voice. Free speech is an integral part of any democracy and especially America’s. So in a sense, you could say that it’s a human right everyone in America should fight for in other places around the world, but some people disagree with that. This presents a problem when deciding what should be considered an American idea. Some may say it should be an average of what most people think is right, but at one point most people in America thought slavery was the right thing to do, which obviously isn’t. To summarize, being considered American should really only be decided through the objective legal process. Otherwise, it becomes too subjective to make one clear decisive requirement to be considered American.