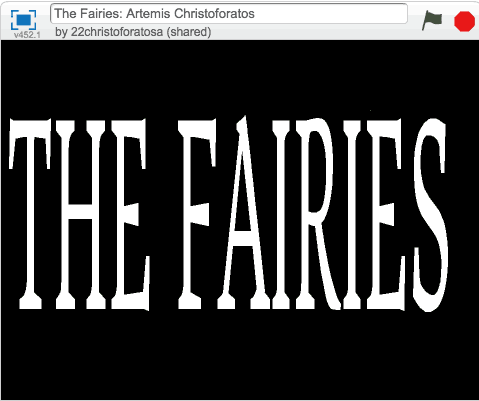 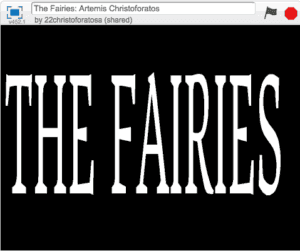 “The Fairies” is a fairy tale collected by Charles Perrault. It is about a girl who receives the gift of having jewels fall out of her mouth after giving water to a beggar disguised as a fairy. Her sister is jealous, so she also goes to draw the fairy some water. However, she is cruel, like their mother, so she decides not to and receives a curse to have snakes and toads fall out of her mouth. Her mother drives the two girls out of her house. The good sister meets a prince, marries him, and they all live happily ever after, but no one wants to take in her sister because of her curse, so she dies alone in the forest. I created an interactive animation version of the story that, if the watcher chooses to, can lead to a happier ending for the bad sister based on the moral decision that she makes.

To make this final animation, I had to first go through a series of steps. The very first thing I did was create some short, simple interactive animations for practice. I then chose a story to work with. After choosing my story, I wrote a script to use for the dialogue in my animation. Then, using StoryboardThat, I created a storyboard for each of my acts, including the alternate ending, to plan all the scenes out and know how each character would have to move and react to each part of the story. I then created a project plan to plan my time out over the course of a week to make the actual animation. I then finally set to work creating it on Scratch. When I was done, I wrote a modified project script including all the changes I made throughout the creation of the animation and edited my project. After a tiring weekend, I was finally done. I shared my animation and rested. 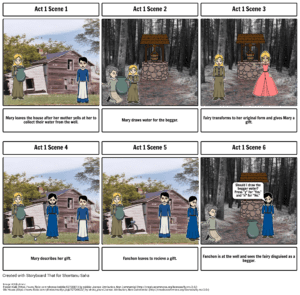