The Executive Powers and Roles

Home The Executive Powers and Roles 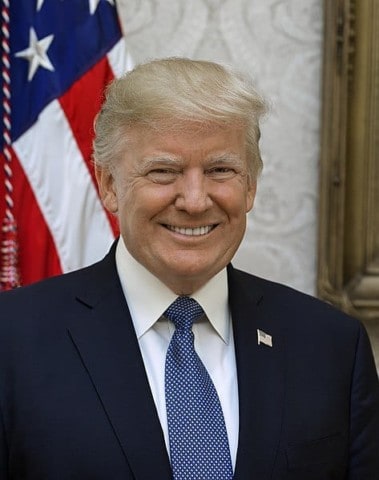 An important purpose of our government, as stated in the Preamble of the U.S. Constitution is ensuring domestic tranquility. The President of the U.S. plays an important role in ensuring our government’s actions are working toward this goal. Among the most significant Presidential powers that can provide domestic tranquility are Chief Executive, Chief Diplomat, and executing the law.  President Trump’s zero-tolerance policy helps us understand the importance of executing the law because it shows the public how he obeys what the law says very strictly.

The Chief Executive role is to be the head of the government which means that the President has a lot of duties based on this one role. The President can implement new policies. This is important to ensuring domestic tranquility because it can mean making policies to create peace. A couple of the other duties that fall on the President based on this role include, preparing an executive budget to submit to the congress, appoint and remove executive officials. All of these duties fall on the President and they are all crucial to create a healthy environment, and essentially to ensure domestic tranquility.

The President is also the Chief Diplomat, in which issues are mainly negotiated by diplomats before they are endorsed by national politicians. Once they are endorsed the President may make changes on things like trade, war, and economics. Some of these policies may be about environment and human rights. One of they key issues may involve peacemaking which works in with the constitution goal of ensuring domestic tranquility. These goals might extend further than the states, and go into foreign countries. The overall goal, is to keep the people of the United States safe and peaceful.

Also, the President has an important duty to execute the law which can be found in Article II, section 3. The goal is that the President enforces all constitutionally valid Acts of Congress. This means enforcing the law even if the administration’s personal thoughts are different to what is the law says to do. This is a big issue because it means that both of the houses of Congress must work together. The President must enforce these laws regardless with the support of Congress to provide the people a safe state to be in. Once again, it joins with the rest of the roles of the President to ensure the domestic tranquility of the people.

President Trump, has taken a strong lead on executing the laws by making the decision to separate the children from their parents when they are found crossing the border to the United States with the passing of the zero-tolerance policy. The law says that we must prosecute people who commit a crime, in which immigration is illegal; Trump has executed that policy starting in April by prosecuting the adults who are found to be migrants. To do this he sends the children to the Department of Health and Human Services. In six weeks Trump has separated 2,000 immigrant children. The passing of the zero-tolerance policy has made it easier for the DHS to deport people for misdemeanors. The Trump’s administration has taken a different approach to border crossing families, which to the public can be seen as a bad thing. Past Presidents have executed the law differently by deporting families together instead of prosecuting the adults. Trump has decided to do things differently and it has affected the people of the United States, and the migrants as well. When people found out about the children being separated, they were in shock. This law and the way it was enforced can have a huge impact because there has been some cases where it was difficult to reunite the children to their parents. We as the people must think of the effects it has not only on us, but to everyone as a whole.

The President has many roles. They serve as Chief Executive, Chief Diplomat, and work to execute the law. Trump has worked on the zero-tolerance policy which has affected everyone differently. The overall goal of the President is to ensure domestic tranquility as it is said in the Preamble.