The Eulogy of Malcolm X

Home The Eulogy of Malcolm X 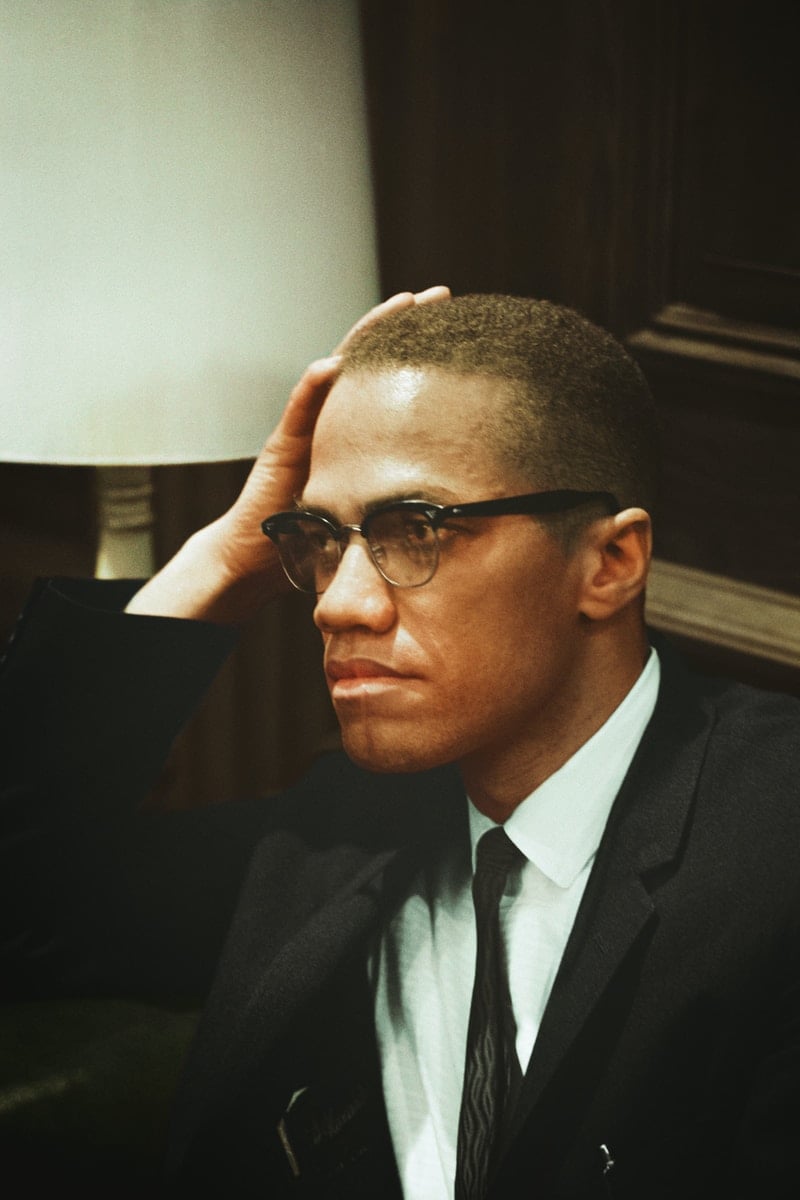 The funeral of Malcolm X took place in Faith Temple Church Of God in Harlem. Ossie Davis delivered the eulogy. Ossie Davis was an actor. There were thousands of people at the funeral. They came because he supported black nationalism.

“Malcolm had become an Afro-American and he wanted-so desperately-that we, that all his people,would become Afro-Americans too.”

Hearing this quote just made me realize that he was so important to people because he wanted people to call themselves as Afro-Americans instead of all the bad words they keep calling the black people over the past decade.

Another quote that stuck out to me from Malcolm X’s eulogy was “it is not in the memory of man that this beleaguered unfortunate but nonetheless proud community has found a braver, more gallant young champion than this Afro- American who lies before us – unconquered still, Malcolm had stopped being a Negro years ago.”

Seeing this quote again, I see how It opens my eyes because this quote is saying that Malcom didn’t want to be Negro or be called that anymore. He wanted bigger than that since that word was too weak for him so he wanted people to call themselves Afro-American, something they are.  Now keeping this in mind, the speaker agree with me because many black people were tired of hearing this word “Negro” over and over again which was rude , something they are telling people to see them as african american not just a slur word.

Another quote that surprised me was something Ossie Davis said “Malcolm was our manhood, our living black manhood, this was his meaning to his people.” This surprised me because at one point, Malcom wanted his people to have the complete separation of African Americans from whites .It really shows he proposed that African Americans should be returned to Africa. “However we may have differed with him- or with each other about him and his value as  a man – let his going from us serve only to bring us together now.’’ Basically even if some of the blacks don’t agree with him or them with him it brings them all together to fight back for the black community.

I think this speech brings a lot of people together to know that racism must be stopped once and for all and be equally right, for people not to see us for the color of our skin or where we come from. We want more than that.

Cristin,
I was interested in your post because it helped me learn about Malcolm X. It is evident that he has made a great impact on people’s lives. He was greatly looked up to because he was a leader in the civil rights movement.

Through the evidence provided in your text, I can conclude that before and after his death he brought the good out in everybody and his passing brought many people together. One quote that stood out to me was “..he wanted people to call themselves as Afro-Americans instead of all the bad words they keep calling the black people..” This demonstrates that he wanted people to evolve from being called all the terrible things they were known as, which is why he identified as an “Afro-American”.

Your emotion in this text has inspired me to do more research on Malcolm X. Thank you for writing, eager to see what you post next!

Dear Cristin,
I agree with you about some of the quotes that were being said about him. After doing my research and watching documentaries about him I’ve realized how much of an impact he has made. Many people did look up to him because of his goal while living which was to get out the African American way of life is beautiful and should be embraced.

I also agree that his passing away has brought a lot of people together. The evidence and quote you provide have shown me just that. He brought the good out in everyone even before and after his death.

Thank you for writing and but your emotion in this helps the reader to understand and feel amotion toward subjects like this. I look forward to seeing you write again to thank you.

I am very intrigued by your post, “The Eurology of Malcolm X” because it strongly depicted his supports and the legacy he left behind after his death. Although, his life was tragically taken too soon his memory continues to live on.
One sentence you wrote that stands out for me is a Malcolm X quote saying “it is not in the memory of man that this beleaguered unfortunate but nonetheless proud community has found a braver, more gallant young champion than this Afro- American who lies before us – unconquered still, Malcolm had stopped being a Negro years ago.” I think this is important because it helps African Americans take pride in the people they are.
Thanks for your writing. I look forward to seeing what you write next because you put a lot of thought, detail, and quotes that greatly supported Malcolm X.
Brenda Ornelas