The Ethics Behind Testing on Animals

Home The Ethics Behind Testing on Animals 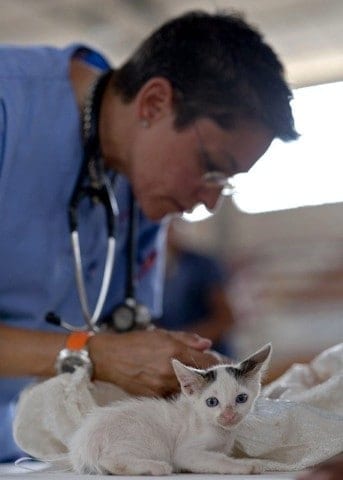 Animal cruelty through medical and cosmetic testing is at an all time high, with an estimated 115 million animals worldwide used in labrotory experiments every year. This being said, research conducted by The Humane Society of The United States shows that only 5 out of 10,000 drugs tested on animals goes to human clinical trials. Additionally, they have proven that not only is the majority of the research conducted ineffective, but also painful for the animals. Many people are attempting to create alternative forms of testing, especially in the medical field, but this has proven rather fruitless.

Throughout my research, I have realized how controversial animal testing is. There are many opposing viewpoints, and through that back and forth between the two is has become clear that neither group has any proposed solutions. Both have ideas, but none are “in the middle” enough to allow both sides to compromise.

The side looking to abolish animal testing highlights the unethicallity of testing, and how the research proves ectremely ineffective. Research provided by Cision PR Newswire highlights the cons to animal testing. “Opponents of animal testing say that it is cruel and inhumane to experiment on animals, that alternative methods available to researchers can replace animal testing, and that animals are so different from human beings that research on animalsoften yields irrelevant results.” The main component, besides the unethicality of the testing, that people are against are the results. The results are highly ineffective, and at times in the medical field this has proven dangerous to patients. Additionally, researches have admitted that animals genetic makeup is too different from ours, so the information deemed “valid” by animal testing cannot be trusted in the meical field.

The side for medical and cosmetic testing on animals argues that the testing is essential for advancing the medical field. Cision PR Newswire states that “ it has enabled the development of many life-saving treatments for both humans and animals, that there is no alternative method for researching a complete living organism, and that strict regulations prevent the mistreatment of animals in laboratories.” Researchers argue that we have subjects with a very complex system that mimics ours closer than any other, so for the sake of progressing the medical field we would be naive not to use animals as test subjects. Additionally, there are strict regulations on how animals are treated in the lab, and that they are treated ethically.

The primary issue within the debate of ethical and humane testing on animals is that there have been no proposed solutions that have give and take for both sides. One wants it completely abolished, and the other doesn’t see any logic in abolishing the system. This being said, a variety of solutions have been proposed by those looking for change within the system. For example, groups such as The One Health Company have created alternatives that include ethical ways of testing on animals. For example, this Philadelphia based company finds animals with pre existing diseases then use medical trial treatments in attempts to heal them, instead of first injecting the animals with the diseases. This not only eliminates one of the most unethical steps of the process, but also allows opportunity to heal animals from natural illnesses that they are suffering from. Other solutions include implementing new plans to address the crisis and creating stricter laws on animal testing through congress.