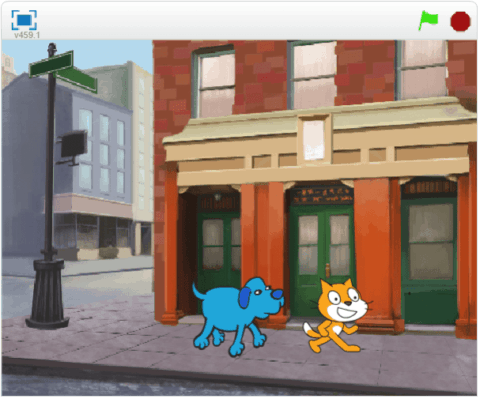 Hello, recently I created a scratch animation, which I put a lot of work and effort into. While it may have been for a school project, I believe I should put it out into the internet for others to look upon it as they wish.

The story, named “The Eternal Conflict,” is about a conflict which has come up for centuries: dogs or cats. Instead of the traditional argument, I decided to turn this into a story which personifies the two species as one “pet kingdom.” Everything is peaceful, when suddenly, Prince Richardi, heir to his father, Richard’s, throne. He wishes for independence, rather than still being “slaves” to their owners, humans. Rather than the simple disentanglement, Richardi wanted to eradicate the species, which the protagonist, Eren, strongly disagreed with.

Eren is a dog, which is oddly a friend of the antagonist, Richardi. He lived alone, briefly as a pet to a loving family. There is also Richardi’s dad, King Richard, who at the end, decides to give Eren the throne, rather than his son.

My storyboards were a short summary about this, with a edit to the script, which I later refined. However, in act 2, I changed the characters to be sitting down, using different sprites also.