The End of The Beginning

Home The End of The Beginning 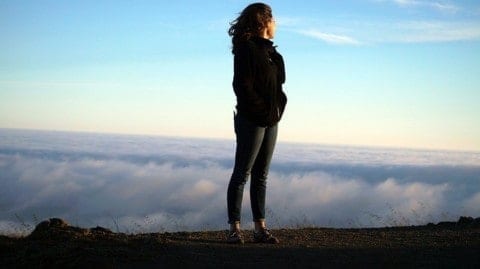 Have you ever felt like you just want to stop everything and walk away? Well, I have and it’s not a good feeling. I first had this feeling being in my second high school, not knowing if I was ever going to graduate. I was already in my third year of high school afraid, worrying all day and night about my future. It wasn’t until the end of that school year, that I had enough sleepless nights, I needed to change, something had to give!

My first high school was John F Kennedy and it was the worst school ever. First, it was way too far from my house, the travel each day was unbelievable. Then, the students that went there were out of control. No one would ever be in class! Everyone would hang out in the hallways, it seemed that there were fights every day. But during my time in Kennedy I got sick and missed a lot of days and fell way behind on all my school work. When I came back to school I brought all the proof needed so I can be able to catch up on all my work, but none of the teachers wanted to help me. After two months of fighting with the school to catch up I just gave up and wanted to transfer to another school. But still even then it took forever for them to transfer me. My mother had to come to the school almost everyday because of all the problems they gave me. But finally I was able to transfer to Monroe High School, which starts a whole new story.

The very first day at Monroe High School was a disaster. They didn’t know who I was, they didn’t have none of my old school records. So my first day at the school I was stuck in the main office because no one made a schedule for me. It took the guidance counselor a week to make my schedule. At first I was doing good in all my classes, didn’t fail not one class. Then the next year when I went back to school after summer I was told all my credits from Kennedy were gone. Meaning I wasn’t going to be able to graduate on time, and that no matter what I did nothing would help. So after I found that out I starting not to care. I stopped doing my work, started cutting class and started to fail even more. A teacher in the school noticed the change in me and asked me if everything was okay. So once I started to tell her everything and how I wasn’t going to graduate, she told me about a school called PULSE High School.

That same day I went home curious about the school to see if it was actually true what that teacher told me. As I started looking more into PULSE high school I got excited and wanted to transfer schools right away. So I called the school, but they told me it was to late in the school year for me to try again next year. Yes that got me a little upset, but I really wanted to go to PULSE. Next year came and I set up an interview, three days after the interview the school called and told me I was accepted. Now that I’m in PULSE, I’m back on track , going to school everyday and on time, passing all my classes. Ever since I started here at PULSE it has changed me for the better. The teachers here actually want to see you do better, they help you as much as they can, and what else can a student really ask for.

So finally what I’ve learned about going to three different high schools is that no matter what you go through, don’t stop pushing. I faced many challenges in all three high schools, but each of those challenges made me the person I am today